Weekly Update (48) – What happened on the field 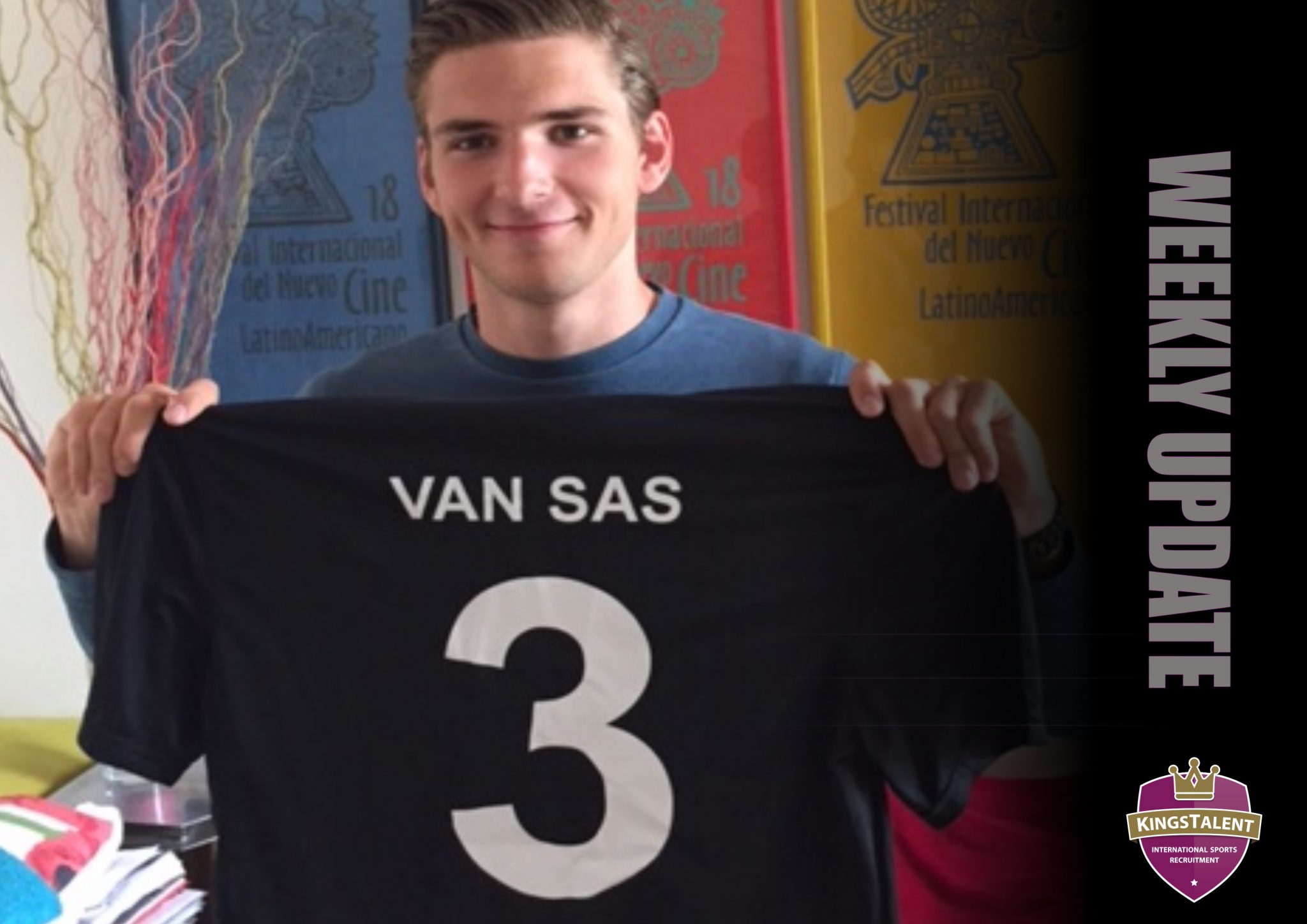 The last weekly update of the year. The season is over and we can look back on an amazing year. A year with lots of highlights. This makes us proud. The many stories we hear coming from the other side of the ocean, the photo’s, the friendships, the successes. A life changing experience! That much is certain.

Indy van Sas, who reached the National Championship finals together with his team mates, after clinching the River States Conference Championship. In Florida they played multiple games in one week, and in the end reached the national final. A huge accomplishment.
Rio Grande, the defending national champions, were scheduled to play Hastings College. In the end the Rio Redstorm came up just short (1-0) and Hastings were crowned national champions 2016. But Indy van Sas can look back on a very successful first season in the US.

Just like all the other great student-athletes who were crowned conference champions and/or reached the national championships.
Of course Thom Derks, champion with ‘his’ Mercyhurst University and his excessive goalscoring drive. Lars Blenckers and Jim Roberti, who came up just short of the championship but did manage to reach the national championships. Ouren Nikkels and Rowan Mankers with the best men’s soccer college team in California. Of course the Dutch stars of Olivet Nazarene University had a fantastic season with winning the championship in the Chicagoland Collegiate Athletic Conference, Dion Viola, Jurren van der Gun and Roel van Linschoten. And these were just the team efforts, not even the individual awards!

We are so proud. Of course also of the boys and girls who didn’t get to win a championship this year. Next season everyone will start over en there will be lots of chances for personal and team success. Again, for us as KingsTalent, it was amazing to keep in touch with everyone and being able to report all the success of the Dutch student-atletes in the US.
We are already looking forward to next season!