Weekly update (46) – What happened on the field 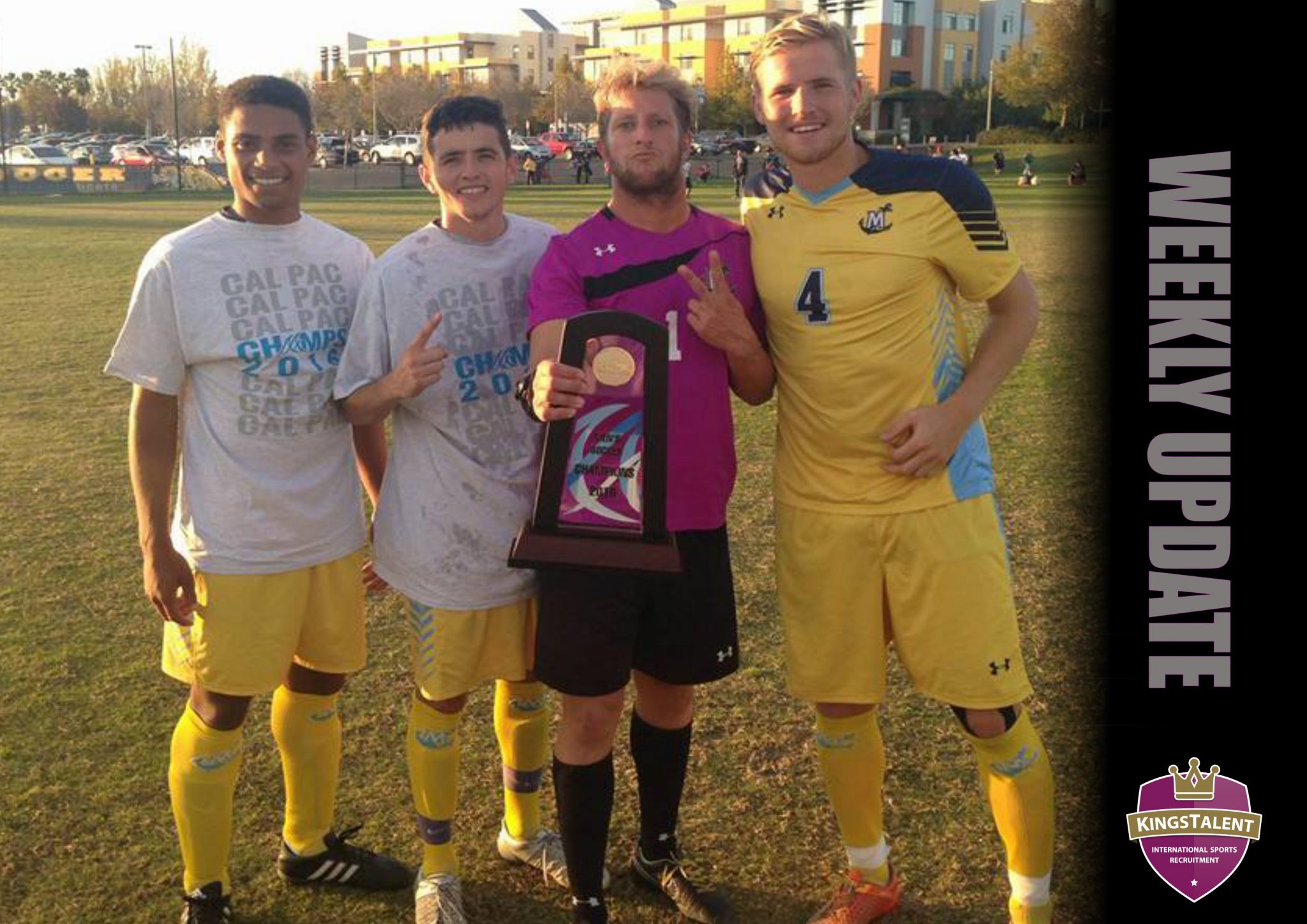 This week it’s all about the nationals. The continuation of a good conference season. For a lot of players it’s the ultimate goal at the end of their seasons. For some it’s the only way to make something of their year. In en out of hotels, traveling, performing on the field, performing in school… That’s not easy at all! Don’t forget these boys and girls spend their days (next to playing sports) studying in school taking classes to pass exams, so they can graduate at the end of the road. We take a look at the Dutch talents in the US who managed to reach the national championships!

Urbana University once again has a great season! Falling just short of the conference title at the hands of national #2 Charleston is no shame at all.
In the first round of the national championships Urbana beat Mercyhurst University, the team of Thom Derks, with a solid 2-0 win.

This week it was nationals round 2 for the Blue Knights. For this match Jim Roberti, Lars Blenckers and their team mates flew to New York. Once again Charleston was the opponent. It was a tight match in which Lars Blenckers drew first blood. He scored in the first minute of the game. Unfortunately the Blue Knights were unable to keep their lead en eventually lost 2-1. This marks the official end of the season for Jim and Lars.
Of course the team took some time to visit NYC after the match!

With the 2016 achievements Urbana University equalled the legendary season of 2015, which is a huge achievement and a great team effort.

Olivet Nazarene University are in excellent form. With 13 wins in a row the Tigers took the bus to West Virginia. After winning the regular season and the conference playoffs the team played West Virginia Institute of Technology in the first round of the NAIA national championships.

West Virginia is ranked #9 nationally, ONU is ranked #19 nationally. This was a promise for an exciting match for the Dutch talents Roel van Linschoten, Jurren van der Gun and Dion Viola. And it became just that. In the cold, snowy West Virginia ONU was pushed back in the first half, resulting in a 1-0 score for West Virginia Tech. Eventually ONU was able to equalize just after half-time. In the remainder of the game ONU was able to gain dominance in the game. They could have earned a PK, but it wasn’t given. West Virginia Tech scored the 2-1 just before the 90 minutes were up. End of game, end of season for ONU. Roel, Jurren and Dion can look back on an excellent season, with the regular season championship and the playoff tournament championship as absolute highlights!

Rio Grande could also focus on the first round of te NAIA nationals, after winning the River States Conference regular season championship and playoff tournament. Indy van Sas and his team mates played a home game against St. Thomas from Florida. It became a relatively easy win for national ranked #3 Rio Grande. St. Thomas was beaten 5-1. The Rio Redstorms leave for Florida next week, where the remaining schedule of the national championship will be played. On the 29th the Redstorm will play nationally ranked #12 Corban University in their first Florida game.

Marymount California were crowned regular season champions and playoff tournament champions in the Cal Pac Conference. The best in the Los Angeles region, an accomplishment to be proud of! This weekend was all about the first round in the national championships. Marymount, nationally ranked #10, played Rocky Mountain College (nationally ranked #22). This was a tight match and in the end the team of Dutch talents Rowan Mankers and Ouren Nikkels came out on top. The two ‘Dutchies’ can get ready for their trip to Florida to take part in the NAIA national championships!