Weekly update (45) – What happened on the field 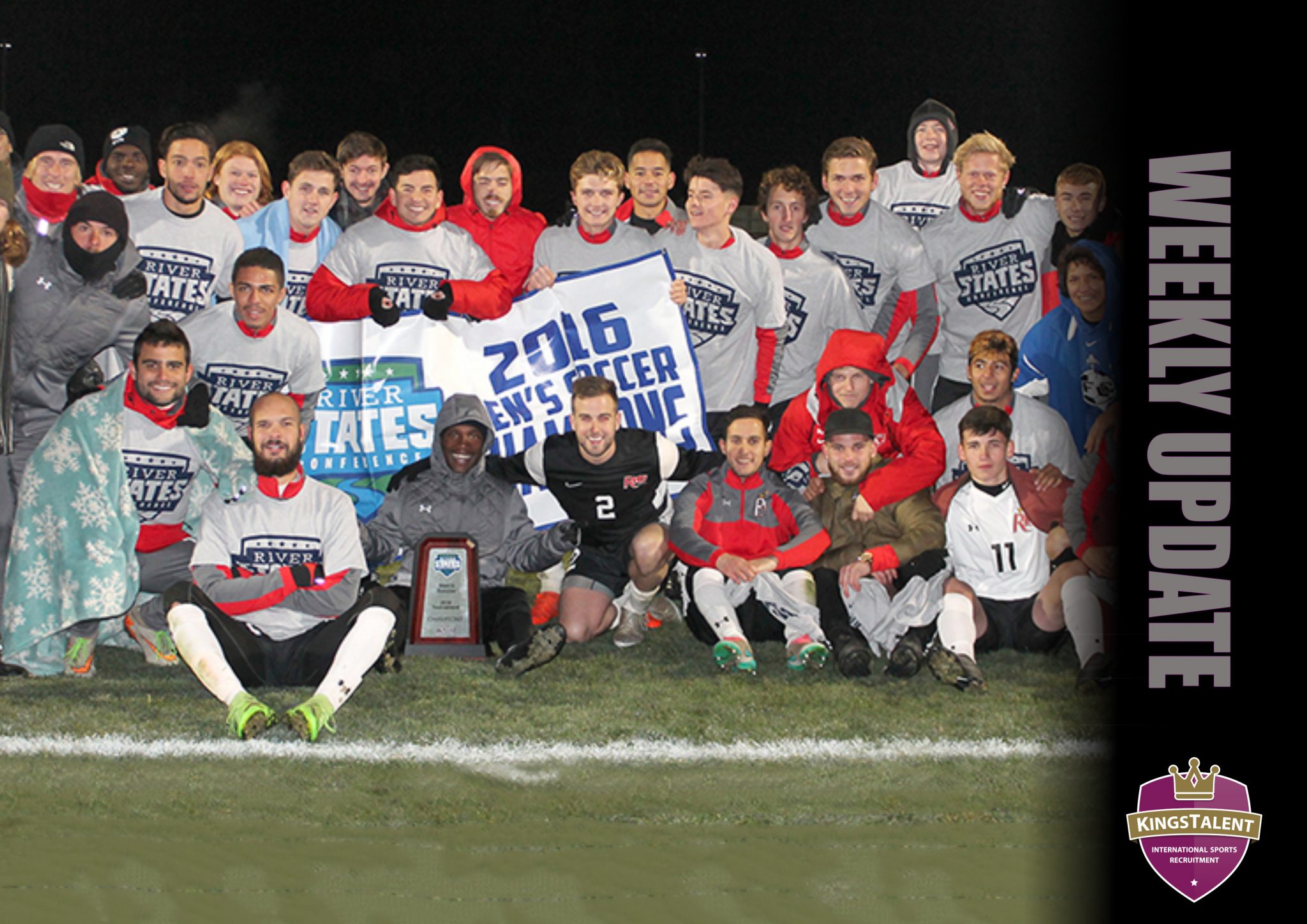 For most student-athletes in the US the season is at an end. Unable to qualify for playoffs or nationals. For others there is an interesting post-season schedule. Playoffs, championships and nationals. Being able to compete with the best players and the best teams in the US. We take a look at the American fields for this weekly update…

Olivet Nazarene University continues the already exceptional season! Due to the good results the team is ranked to be one of the 25 best NAIA soccer teams in the country. ONU is ranked #20 currently! After clinching the regular season championship, it was time for the playoffs last weekend. Two top games in three days. Important events and a busy program for the Dutchies Dion Viola, Roel van Linschoten and Jurren van der Gun.
The semifinal didn’t prove to be a very big problem, but the final was a thriller match. Cardinal Stricht took a 1-0 lead and this score was on the scoreboard up until the 89th minute. In the last minute the ONU Tigers managed to produce the late equalizer. Overtime! Olivet Nazarene managed to come out on top in overtime! Champions of the Chicagoland Collegiate Athletic Conference! A huge accomplishment by the team and above all the Dutch talents. To make the difference in an entirely new environment and manage to win it. Fantastic results!

Besides the team succes Jurren van der Gun is chosen as All-Conference player CCAC First Team. This is an election for the best players in the league. A great accomplishment from the man from Vleuten, the Netherlands. We are proud that you made the difference!

After winning the CCAC the next objective is the NAIA national championships. On the 19th of November the first game is scheduled. The purple-whites are in it to win it. We look forward to see if they can make a run for the national title.

In LA there was also reason to celebrate. Marymount California didn’t lose a single match this season. This lead to a #10 national NAIA ranking for the team of Ouren Nikkels and Rowan Mankers! Last week the Mariners were crowned Cal Pac regular season champions. This weekend the playoffs were on the schedule. It became a very succesful weekend. With two wins the Cal Pac championship was secured. The semifinal was easily won by the yellow Mariners (5-1). The final was a tough game but in the end a 2-0 victory secured the championship for Marymount.

The Los Angeles team is now set on the NAIA national championships. Only the best teams in the country can participate. Higher level, better opponents and a knock-out system. It is vital to perform at the right time. The first round will be played in the LA region. If this game is won the Mariners fly to Florida to play the rest of the program. It is already an amazing achievement for these Dutch players in US University service. Absolutely brilliant results!

Last night the Mercyhurst Lakers (#21) and Urbana Blue Knights (#13) faced each other in the second round of the nationals. Both teams were nationally ranked so it proved to be a match of high caliber. With three Dutch players at the kick-off the game had an orange glow. At Mercyhurst side captain and top goalscorer Thom Derks was in the starting 11. At Urbana side Dutch players Lars Blenckers and Jim Roberti were on the field at the kick-off. The first 45 minutes the teams were balanced. In the second half Urbana scored 1-0 after a big mistake by the Mercyhurst goalkeeper, who played the ball right in to the opponents feet. Later in the game Urbana scored 2-0 from a PK. Urbana head coach Nick Roberts reflects on the game (video below).

With this win the Blue Knights were ensured with another game in the nationals. In the third round they face a familiar opponent; #2 Charleston University. This match is played in NY, so the Blue Knights get on the plane tomorrow to prepare for the match.
This has already turned in to a season to remember for Jim Roberti and Lars Blenckers, and they proceed to the next round.
For Thom Derks his exceptional season ends here… A fantastic season with 22 goals! The Limburg native will surely always remember this season, as he was chosen to be Conference Player of the Year for his achievements!

Last week Rio Grande took down the River States Conference regular championship. This week was all about the playoffs for the championship. The team of Indy van Sas played two important games in just four days. The semifinal was a walk over as Rio Grande was too strong for Asbury University. Three days later the final was played. A tough match against West Virginia Institute of Technology, ranked #9 NAIA nationally. Eventually the tough game fell to Rio Grande (2-1), who crowned themselves champions of the River States Conference! For the Redstorm this is not enough however. The defending NAIA national champion is aiming at a back to back national championship. The nationals start the 19th of November with the first round. This is already a fantastic season for Indy van Sas, and who knows, maybe there will be a huge prize at the end!