Weekly update (43) – What happened on the field 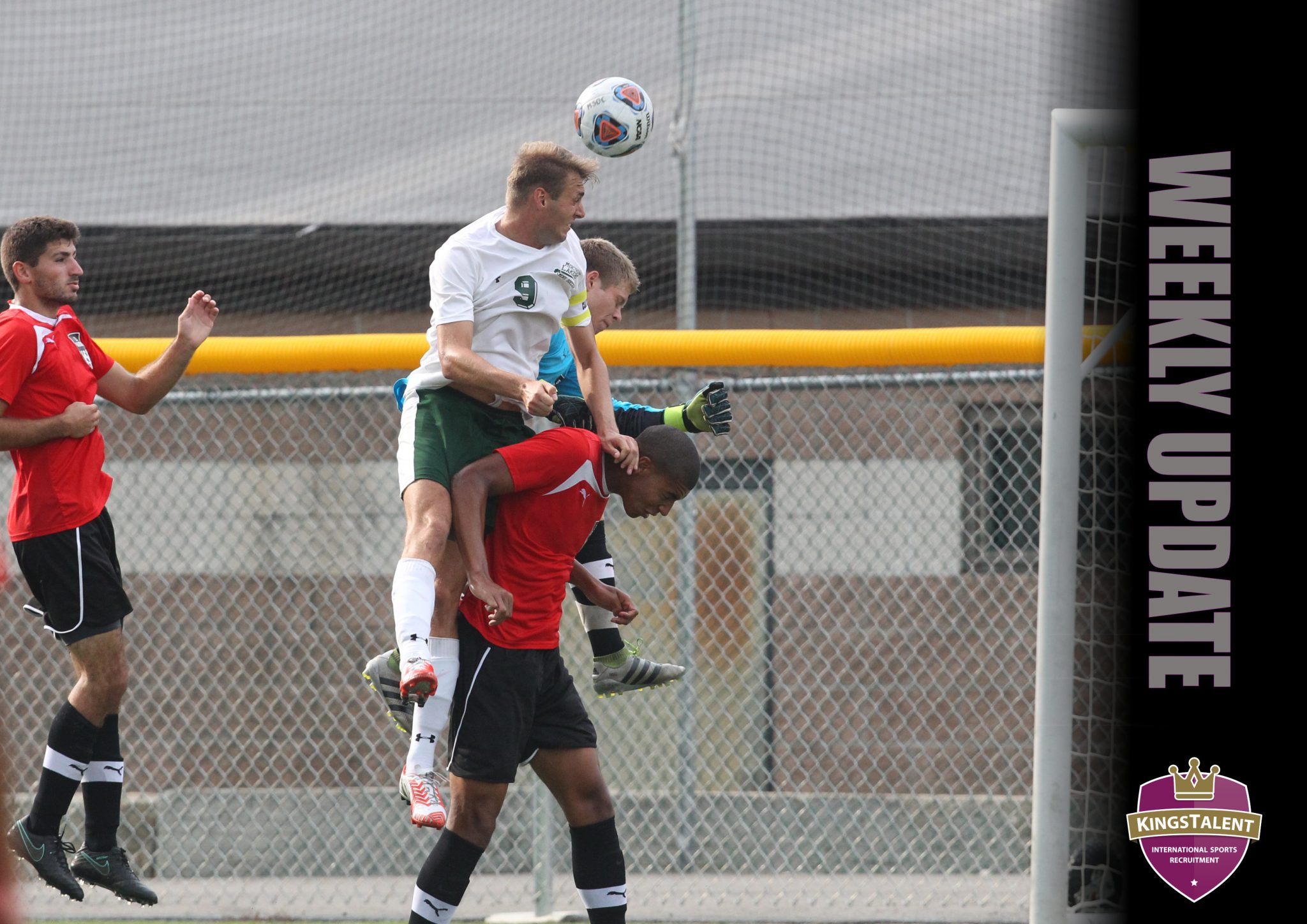 It is the end of October, beginning of November. For some the season has already ended. For others it’s really just beginning. Exciting times for the Dutch talents on the other side of the Atlantic. A few of these talents can (almost) call themselves champions! Of course this makes us proud! Let’s take a look in this weeks update…

In the sensational battle for qualification for Big East Conference playoffs Stijn vd Slots DePaul University traveled to St John’s, New York. Earlier this week Butler (ranked #2 in Big East) was beaten 1-0 in overtime. The game against St John’s ended up a thriller match once again. Stijn van der Slot became matchwinner by scoring the decisive goal in the 92nd minute of the game (overtime)! With just one more game to play in regular season against the lowest team the leaderboard DePaul is 1 point behind the third placed teams. The Chicago team has to win. A exciting end of regular season.

Anoucke Baas’ season is over. In the extremely strong Gulf South Conference Delta State University impressively managed to take 6 points out of the last 4 games. Last weekend the game against the nationally #17 ranked team was lost 4-0. Unfortunately the green-whites didn’t manage to qualify for postseason playoffs. This concludes the season for Anoucke and her lady Statesmen teammates.

Olivet Nazarene University men’s soccer team can get ready for an exciting post-season schedule! By winning 11 games in a row in the Chicagoland Collegiate Athletic Conference the team managed to win the regular season championship! Dion Viola, Jurren van der Gun and Roel van Linschoten can be proud of themselves and their collective team effort!  The upcoming weeks are all about the playoffs, and after the playoffs…. the nationals!!

Auburn University at Montgomery managed to win the last two matches. Against Union University and Christian Brothers the team of Tiuri Schieving and Simon van Rheeden came out on top: 2-1! Simon played an important role by assisting one goal in both matches!

Despite two losses in a row the University of North Carolina at Pembroke managed to qualify for the Peach Belt Conference post-season playoffs. The team of Ruben Taks and Ties vd Eijnde will play Lander, the Peach Belt Conference regular season champion, on November 1st. A very strong opponent! In the mean time we can enjoy a truly beautiful goal from Ruben Taks last week, watch and enjoy.

Urbana University knew that they had a shot at the regular season championship in the Mountain East Conference. For this to happen Charleston (#2 ranked nationally) was not allowed to win en the team of the Dutch talents Jim Roberti and Lars Blenckers had to win their own game. The Urbana Blue Knights did what they had to do. Shepherd were destroyed 7-0. Both Lars and Jim were important in the game. Lars scored his 7th goal of the season. Jim scored his 2nd goal of the season and assisted one goal. Urbana can get ready for the post-season playoffs. On September 11th the Blue Knights will play Notre Dame, number 3 in regular season.

Marymount California is almost certain to clinch the regular season championship in the Cal Pac Conference. The team of Rowan Mankers and Ouren Nikkels maintains a perfect record by winning all conference games. This weekend La Sierra was beaten in overtime after a thriller match. Important points because the lead over the 2nd place team in conference is still just 3 points. The Mariners, ranked #13 nationally, carry on with only one more game to play. November 3rd MCU will play their final game in the Cal Pac conference, after which the playoffs will follow.

Mercyhurst University secured the regular season Championship in the Pennsylvania State Athletic Conference! A great achievement from the men in green. Captain and top goalscorer Thom Derks once again had a very good week with 5(!) goals. In the very important match against Gannon (4-1) Thom managed to produce a hattrick! In the championship game against Millersville he scored two and assisted one. This last game ended in a tight 4-3, so Thoms share in the game was of great importance. Mercyhurst University, being crowned regular season champion, will now host the conference playoffs. Besides this the Lakers have qualified for the nationals!
Thom managed to produce an incredible 20 goals in regular season!! This is, in itself, a fantastic achievement! But besides being decisive on the soccer field Thom was nominated for CoSIDA due to his exceptional academic achievements (>3.30 GPA). A truly great accomplishment from a great student-athlete!