Weekly Update (42) – What happened on the field 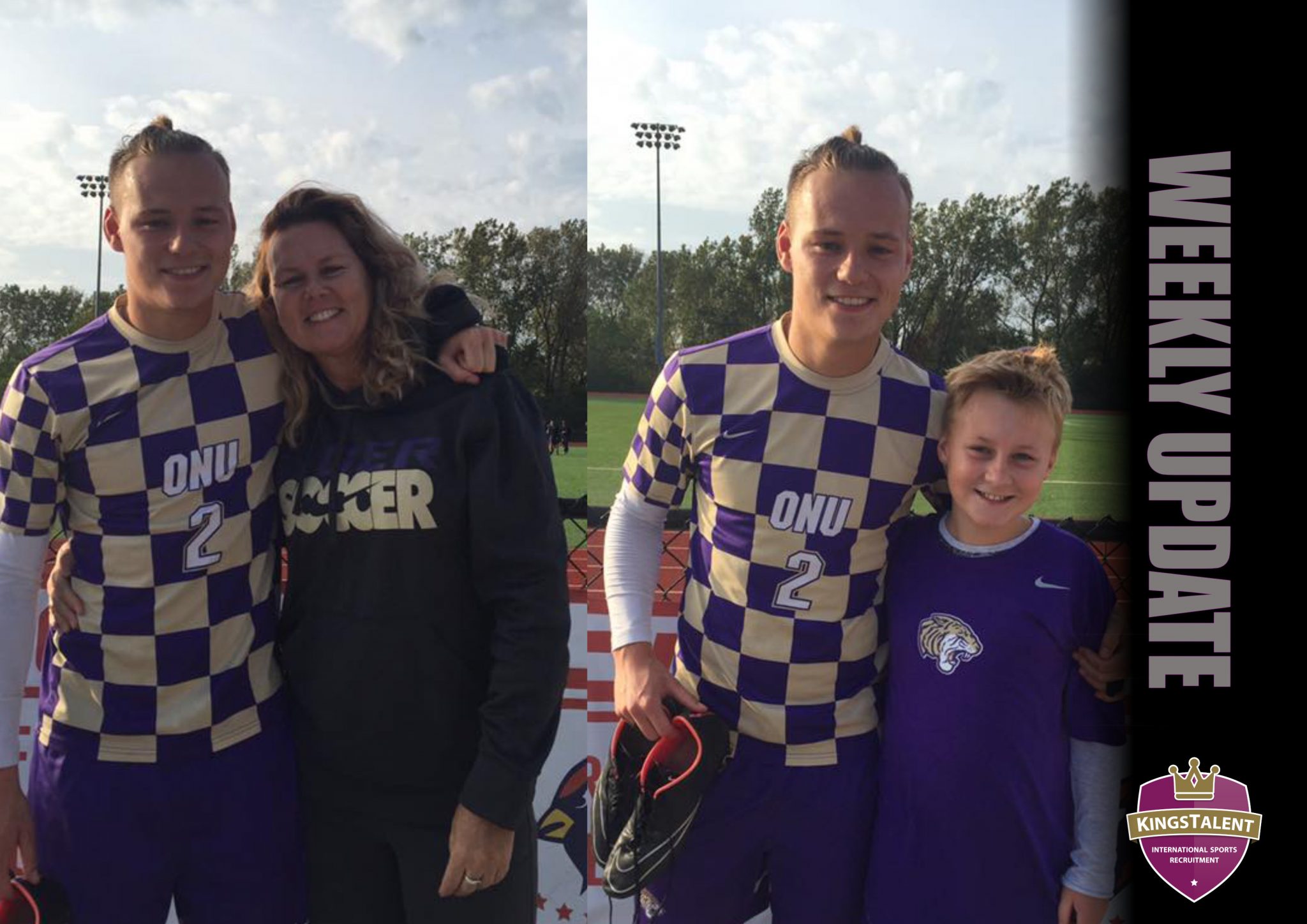 It is the end of October already. Time flies! The season in the US is coming to an end. Of course it is always nice to have friends and/or family fly over to the States to visit their son or daughter. What a proud feeling  when you see the adventures the kids are living in on the other side of the Atlantic. Family Viola made the trip last week. And what they saw was ONU excelling. We take a look on all the fields of the Dutch talents in this weeks edition of Weekly Update.

DePaul University was unable to continue their W2 streak in the Big East Conference. The home game against Providence ended in an unlucky 2-1 defeat. In an close match, with Stijn van der Slot leading the attack for DePaul, the result was unsatisfactory. Providence makes a jump in the Conference leaderboard. With only 3 games to be played the DePaul Blue Demons are still able to qualify for post-season playoffs, but they depend on the results of other competitors. Here, the season is thrilling until the end.

The Delta State women’s soccer team was able to clinch their first victory in the Gulf South Conference, one of the strongest conferences in the US. In the away game against Shorter University (Georgia) a 2-1 victory was secured. A very important victory for Anoucke Baas and her lady statesmen team mates.

University of Incarnate Word was scheduled to play the leader in the Western Athletic Conference, Seattle University, on Friday. Seattle, considered to be a very strong team, was kept to a draw by  Wouter Peters and his Cardinal team mates, which was a great result for UIW. On Sunday the next match already followed, an away game against Grand Canyon. This was a crucial game to keep up with the top teams in the WAC. In front of around 1.000 spectators the game ended in disappointment with an 1-0 defeat. Because of this result UIW will lose their connection with the leaders in the conference. Fortunately the team still has 3 games to turn things around.

King University did great this weekend by securing the win in a thriller match against Erskine University. Erskine, with 15 points the number 3 in the conference leaderboard, was beaten 1-0 by the team of Freek Schoones. The King Tornados climb to 12 points. It is therefore very likely that King University will qualify for post-season play-offs in the Conference Carolinas.

Due to good results in the last games in the Region 9 Conference Northeastern Junior College was allowed to compete in the post-season playoffs with a wildcard. Captain Olav Sieljes has been an important aspect of the team that was proclaimed ‘Most Improved team’ of the season. An accomplishment the whole team can be proud of. In the playoffs NJC played Western Wyoming Community College, a team that was beaten in the regular conference competition earlier. Unfortunately the game resulted in a 2-1 defeat this time. There was a somewhat questionable role played by the referee cancelling a few goals and passing out 2 red cards, but nonetheless the Northeastern JC season ends in the first round of playoffs.
The Plainsmen can look back on a good season with due pride.

In the River States Conference the University of Rio Grande is in the lead. The team of Indy van Sas is currently nationally ranked NAIA #3. This week there were two clear wins, confirming the intentions of the Redstorm team. With just two games to go Rio Grande is heading into exciting times, with likely attendance at conference playoffs and national postseason tournaments.

Olivet Nazarene University is on their way to clinch the regular season title in the Chicagoland Collegiate Athletic Conference.
Excellent work from the Dutchies Dion Viola, Roel van Linschoten and Jurren van der Gun. With just two games to go the ONU Tigers have a 4 point lead on the nearest competitors. Their 9 game winning streak confirms the brilliant form of the Tigers. This weekend Robbert Morris University were beaten 4-0, including one goal by Jurren van der Gun.

Marymount California University with Rowan Mankers and Ouren Nikkels in the starting 11 have added another 3 points to their total. Ouren Nikkels had an important share in the win with an inpressive header (see below). The team of the two Dutch players is in the lead of the Cal Pac Conference with just 3 more games to be played. With a 3 point lead over the first competitors the regular season championship is now the main goal for the Mariners.