Weekly update (40) – What happened on the field 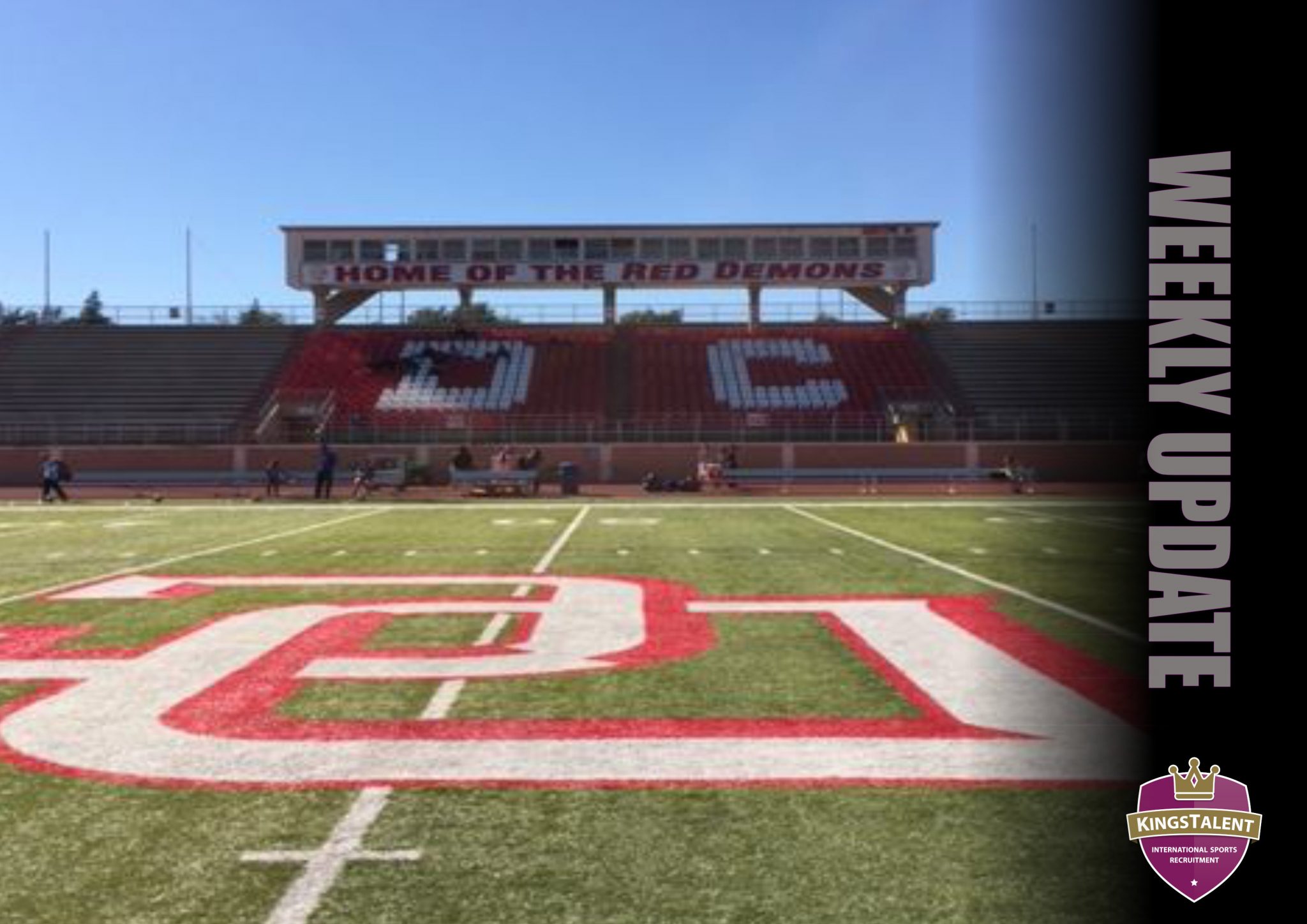 How weird is it to experience a hurricane in close-up? Student-athletes in the south and south-east of the US did experience just that. Some of them even had to look for shelter. In the week that hurricane Matthew gripped the US there were still soccer games to be played. We look back on a succesful week.

The fourth conference match in the Big East finally turned into victory voor DePaul University against Seton Hall (2-1). With Stijn vd Slot in the starting 11 the win was secured in the last minute of the game. Now the Blue Demons can look back up again and find the connection with the mid league teams once more. Next week Saturday the game against Georgetown University is scheduled. This team only has a 1 point lead over DePaul. Again a very important match.

The University of Incarnate Word of Wouter Peters also celebrated her first victory in the Western Athletic Conference. Against University of Nevada Las Vegas a false start was rectified. UIW turned a 0-1 score into a 2-1 win. After 3 conference matches the Cardinals now have 4 points. This week the team travels to San Francisco, where games against Bakersfield and San José are scheduled. Important matches indeed, because these opponents occupy the last places in the conference league table.

It’s starting to get monotonous but it’s also starting to be very impressive! The team of Jurren van der Gun, Dion Viola and Roel van Linschoten is producing an incredible winning streak. This week Olivet Nazarene University beat both Saint Ambrose and Holy Cross. In the Chicagoland Collegiate Athletic Conference the Tigers have now won 6 games in a row. ONU leads the table with 19 points out of 7 games. Olivet Nazarene University can hardly lose out on a conference play-off ticket. But of course they are in it to win it, the regular conference championship is a great motivation. Of course it is fantastic and worth mentioning that Jurren van der Gun was voted Offensive Player of the Week in het CCAC!

Mercyhurst University was leading the league in the Pennsylvania State Athletic Conference and after this week, they still do. This week there were two games being played. Thom Derks is the absolute star in the Lakers team. He put the 3-0 end score on the board in the mid week game (one goal). Against Shippensburg he was the absolute man of the match. In the 4-3 win Thom scored all the goals for the home team! With four goals added to his already impressive season total he led his team to victory and remaining in the lead of the conference table. Tonight Thom Derks was voted Player of the Week in the PSAC. Impressive Thom!

Urbana University is on its way to the play-offs and maybe even the nationals. This week two important victories were added. Against Notre Dame the 2-1 win was payback for the game that was lost earlier this season against this opponent. On Friday Concord was beaten easily (5-1). Jim Roberti and Lars Blinkers played an important part in this match. Jim assisted one goal for Lars. The third goal for Lars Blenckers so far this season.

Olav Sieljes had a tough week with Northeastern Junior College, playing four games in a week. This is especially tough if you are used to playing just one game a week. The captain of Northeastern did well nonetheless. Games against Central Community College Columbus (3-2), Western Wyoming Community College (1-0) and Dodge City Communicty College (5-1) were all won. It’s just bizarre to see the speed in which the matches follow each other. The away game against Dodge just ended and the next day the next match was scheduled already. The away game against Pratt Community College was lost unfortunately (1-0).

University of North Carolina at Pembroke suffered their first loss in the Peach Belt Conference. In the home game against Francis Marion UNCP could not continue the good start of their conference results, losing 0-2. Ruben Taks and Ties vd Eijnden didn’t play over the weekend. They had to look for shelter elsewhere along with their entire school for fear of hurricane Matthew. School is closed until Wednesday due to weather conditions.

Marymount California University maintains a perfect score after four games in the California Pacific Conference. This week there were excellent results by the team of Ouren Nikkels and Rowan Mankers. Both away games were won. Against Simpson University the score quickly went up to 1-6 after the home team was given a red card in the first half. The tough match against University of California – Merced was eventually won 1-2 by the Mariners, who are NAIA ranked #17 nationally.

King University was also unable to continue their good results in conference games. Their tight game fell to Mount Olive in an incredible turn of events. In the 88th minute King University was in the lead  2-3. Eventually the bizarre game ended in 5-3 for Mount Olive. Unfortunately Freek Schoones was no longer on the field by that time. After about 20 minutes in the second he received a (very questionable) red card. So the upcoming matches Freek will also have to watch from the sideline. A real setback for Schoones who showed excellent form in the last games. Especially because the American college soccer season is short as it is…