Weekly update (39) – What happened on the field 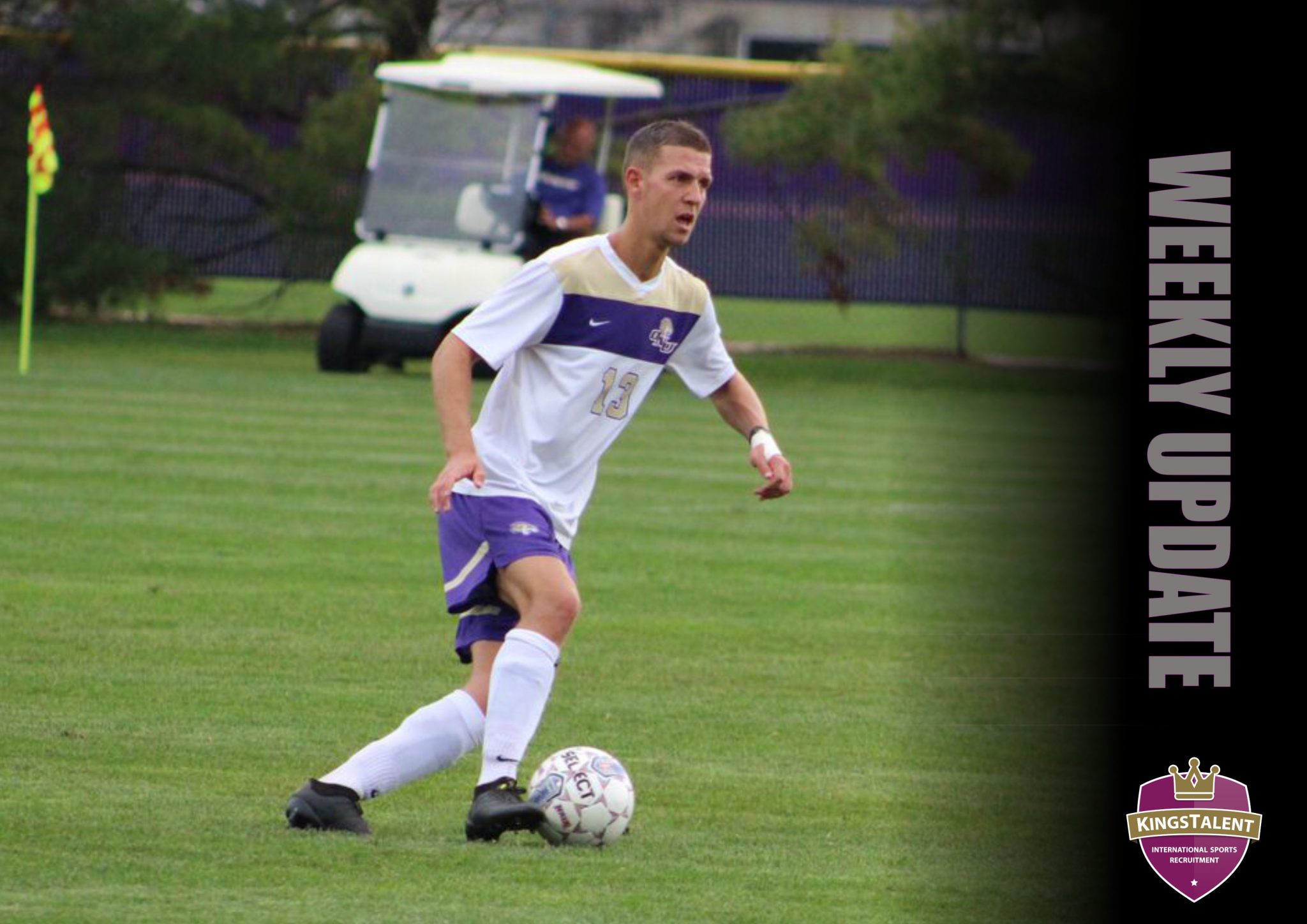 Looks like every week is a very important week at the moment. A lot is going on at the American fields. Again we are proud of the Dutch share in the successes. The coming weeks are no less important. No more friendlies and scrimmages, but conference matches playing for the points. The season is short and there is no room for an off-day. We look back on week 39 with due pride.

We start in Tennessee this time. Here King University had an excellent week! Earlier in week 39 Belmont Abbey University was beaten 1-0. Saturday the home game against North Greenville was scheduled. A match with a prominent role for Freek Schoones. In the first half of the Tornado’s third conference game Freek was able to produce a hattrick! With early goals in the 6th and 15th minute he laid the groundwork for a big victory. In the 39th minute Freek completed the hattrick by scoring a PK. Eventually King University went on to win the game 8-1. With 9 points out of 3 games the King Tornado’s collected the maximum score so far in the Eastern College Athletic Conference, a good start!

From Tennessee to North Carolina, where the University of North Carolina at Pembroke also has an excellent start of the conference! This weekend the UNCP Braves beat Georgia Southwestern University with clear numbers, 5-1. In the second half the Braves were able to crush the visiting team from Georgia. Due to this win the team of Ties vd Eijnde and Ruben Taks still maintains a perfect record in the Peach Belt Conference. With 6 points out of 2 games UNCP has the same amount of points as the league leaders, who have played a game more.

From North Carolina to Texas. After a week with only the Alumni game on the schedule, there was an important game planned for University of Incarnate Word. The first official conference match in the Western Athletic Conference against Air Force. In a tight game in front of 500 spectators Wouter Peters was unable to prevent the Cardinals losing 4-2.

From Texas to Pennsylvania. Mercyhurst University captain Thom Derks has been on a hot streak for weeks and again had an important share in the 6-0 win over University of Pittsburgh-Johnstown (UPJ). The attacker was able to prove his value with an assists to the opening goal in the 2nd minute of the game. Eventually he scored a goal himself in the 78th minute when he put a PK in the net. A big victory for the Pennsylvania State Athletic Conference league leaders. With 15 points out of 6 games everyone is chasing the Lakers. Thom is the man in the Mercyhurst side. With a goal scoring average of 0,8 per game and an assist average of 0,3 he is absolutely invaluable for Mercyhurst.

From Pennsylvania to Ohio. The Urbana University Blue Knights of Lars Blenckers and Jim Roberti can look back up the leaderboard. The #16 ranked Urbana had a tough pre-season but seems to have recovered. With a double win over the weekend the Blue Knights have a firm grip on the 3rd place in the Mountain East Conference and are in pursuit of the league leaders. The Dutch players had an important share in the games. In the 5-0 win over Shepherd Lars Blenckers assisted one goal. In the game against Wheeling Jesuit University Jim Roberti scored a goal assisted by Lars Blenckers. Later in the game Lars netted two goals himself. His first goals of the season. With 3 wins in a row the Blue Knights are in pursuit of the leaders.

From Ohio to California. This week there was only one game scheduled for Marymount California. In the home game against Johnson & Wales it became a true walk-over, 7-0. With a 4o yard out distance shot Ouren Nikkels produced his first goal for Marymount. The Mariners, with both Rowan Mankers and Ouren Nikkels in the starting 11, was able to cling a national NAIA ranking based on the excellent results over the last months, next to keeping a perfect record in the Cal Pac Conference, winning all matches to date.

From California to Illinois. This week had a tough program in store for Olivet Nazarene University. On the 27th of September the away game against Cardinal Stritch University was scheduled. A big match in the Chicagoland Collegiate Athletic Conference due to the fact that CSU was also in the lead of the league. The ONU Tigers of Roel van Linschoten, Jurren van der Gun and Dion Viola really put effort into the game and eventually came out on top, 3-2. Jurren van der Gun was important by scoring 1 goal. A few days later the Tigers played Roosevelt University, 2016 regular season and playoff champion of the conference. Roosevelt is seen as candidate for the title this year. Jurren van der Gun made an impact again by scoring a PK for the 2-0. Eventually the Tigers were able to win the tight game 2-1. Continuing their great form ONU stays in the lead of the Chicagoland Collegiate Athletic Conference.

NAIA reigning national champions Rio Grande were able to build on their form from last year. With a large victory the team of Indy van Sas again managed to cling a top NAIA national ranking. With 9 wins and 1 loss the Redstorm team shows great form at the moment. In conference the Rio Grande team maintains a perfect record so far, with 6 points out of 2 games.