Weekly update (38) – What happened on the field 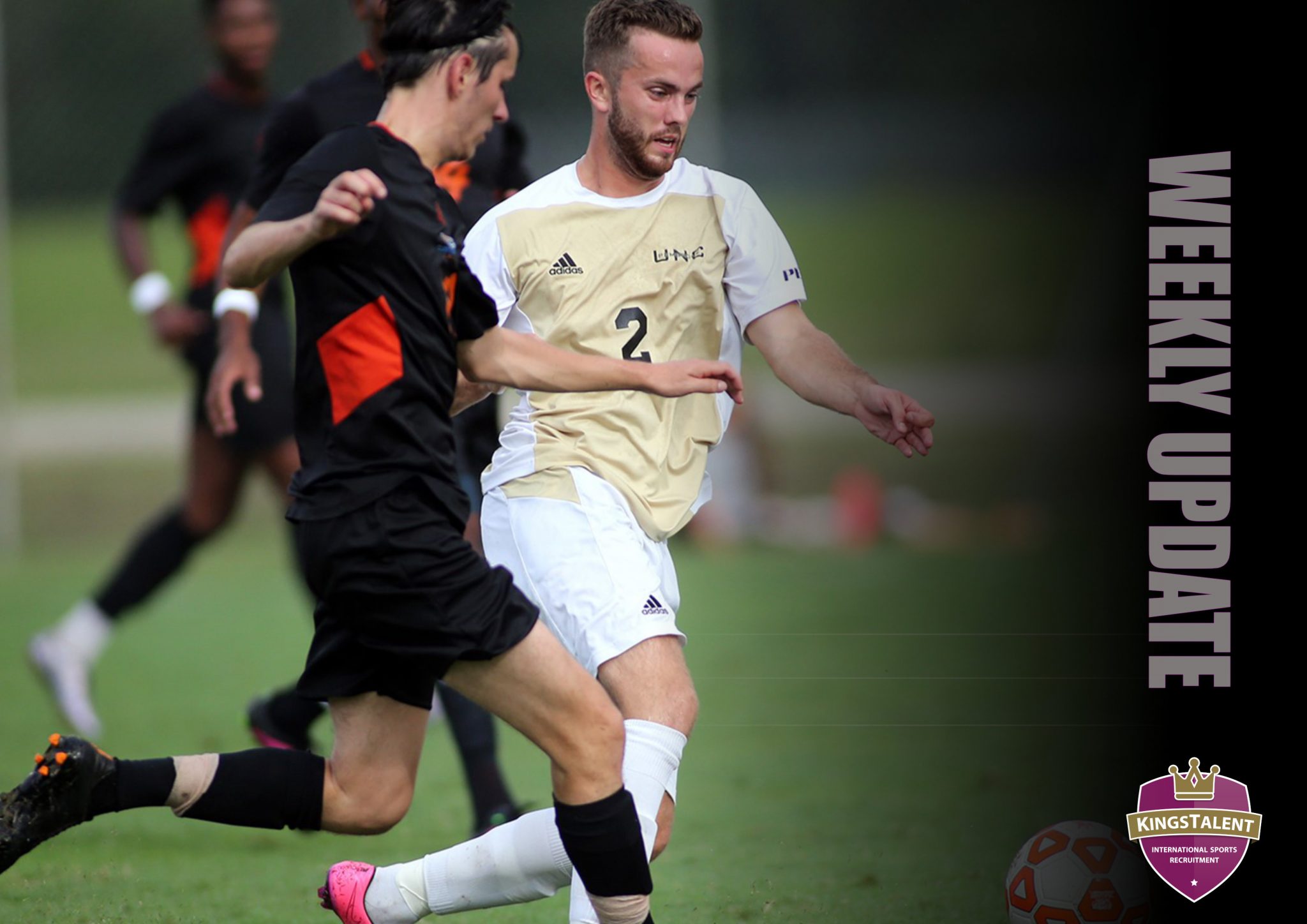 KingsTalent looks back on a busy week. Most of the teams started their conference games. For the players this results in a busy schedule with practices, classes, traveling and of course matches. Practices in the morning, taking classes in the afternoon and making homework in the evening. Traveling to away games and performing on the field. This is the life of a student-athlete in the US, performing on the field and in the classroom. We look back to last week for an overview of the performances.

We start our tour around the fields in North Carolina. On the 21st of September the UNCP Braves played their first conference match in the Peach Belt Conference against Clayton State. It became a thriller-match!! After a 2-0 lead, one goal by Ruben Taks, the score was eventually tied. In the last minutes the Braves, with Ties vd Eijnde also in the starting eleven, managed to take the win (3-2). Head head coach John Miglarese’s thoughts about the game:

From North Carolina to California. Here the conference was officially about to kick off for Marymount California University. The Mariners went on to have an excellent start in CalPac Conference. The first two conference matches were won convincingly by the Los Angeles team. On Thursday the Sierra Nevada team was crushed 6-1. One assist by Rowan Mankers. In the second match this week the Mariners played Embry-Riddle Aeronoautical University. Until half-time the game was relatively equal (3-2) but this changed in the second half, also due to a red card for ERAU. Eventually the game was won 7-2. Again there was a Dutch highlight with one assist by Ouren Nikkels.

From California to Pennsylvania. Mercyhurst University is on fire! They obviously have the right spirit over there. After five games into the Pennsylvania State Athletic Conference the Lakers have taken the lead in the league. Where the first game in the PSAC resulted in a loss, the next four games were won in a row. This week Slippery Rock University (3-1) and Seton Hill University (5-2) were beaten. Important to see in the lights of these good results are the achievements of Thom Derks. Derks has been very important again this week, scoring a goal in both games. The Laker’s captain increases his personal score to 7 goals in 8 games. In addition he also assisted one goal in the match against SHU.

From Pennsylvania to Illinois. This week there were two games scheduled for DePaul University. A midweek match against Northwestern University was nicely won 2-1. In the weekend the second game in the Big East was scheduled. DePaul University hosted the game against D1 powerhouse Creighton University. #12 Creighton is seen as one of the absolute favorites in the Big East conference. DePaul Blue Demons, with Stijn van der Slot in the starting 11, were able to keep up with Creighton for a long time. Five minutes before the end of the game the score was 1-2 but eventually the loss turned out bigger: 1-4. View the post-game analyses here:

We stay in Illinois. A busy program for our talents at Olivet Nazarene University. Where the first game in the Chicagoland Collegiate Athletic Conference was tied, there were two matches scheduled for this week. On Wednesday University of St Francis (Ill) were beaten in overtime: 2-1. On Saturday the game against Judson University was planned. Until that day Judson was the unbeaten league leader in the CCAC. The easy looking 3-0 ONU win was therefore a great performance. Due to this win the Tiger men’s soccer team of head coach David Blahnik are currently in the league second place, with 7 points out of 3 games.