Weekly Update (36) – What happened on the field 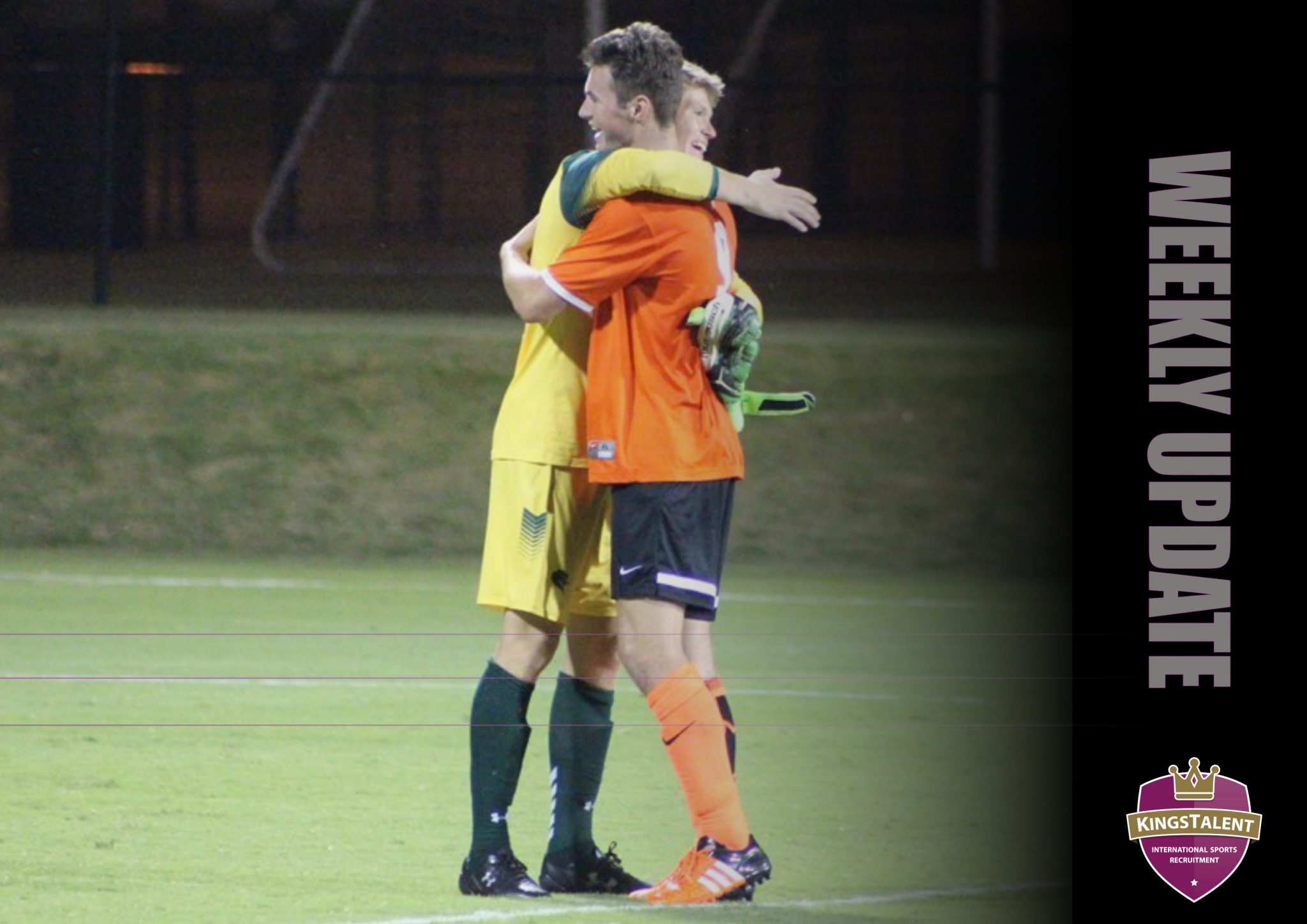 KingsTalent looks back on last weekend with due pride! It was a weekend in which our talents explicitly took the spotlights. A very productive weekend indeed for our men and women in the USA! A few highlights below.

Off to Alabama, where Auburn University of Montgomery played a tough home game against Mississippi College. The team of Simon van Rheeden and Tiuri Schieving was able to ensure a heavily fought 4-3 victory, turning around a 1-3 score. Simon was voted Man of the Match due to his hattrick! Simon’s first goals for the team of head coach Wulf Koch! A fantastic achievement.

From Alabama to North Carolina. Here the University of North Carolina at Pembroke men’s soccer team played a home game against Brevard in front of more than 700 spectators. Our two Dutch players played a crucial role in the match. Ruben Taks assisted the 1-0, and  Ties van den Eijnde scored a great goal (2-0) to seal the match for the UNCP Braves (video).

From North Carolina to Tennessee. This week Freek Schoones was very important for King Tornado out of Bristol. During the midweek match Schoones assisted one goal in the 2-1 home game win over Mars Hill. Last Saturday the first conference match was scheduled. In a thriller match Schoones scored the 3-2 winner! His second goal in the Tornado jersey.

From Tennessee to Oklahoma. After a few losses in a row for University of Incarnate Word it was time for the men from San Antonio to turn around the negative results. Wouter Peters was one of the leaders in this turn-around. The UIW central midfielder scored his first goal for the Cardinals in the 2-5 win over Oral Roberts (Oklahoma). Peters put the important 1-2 in the net.

From Oklahoma to Louisiana. Here Anoucke Baas played with the Delta State University women’s soccer team against Louisiana College. With Baas in the starting 11 the match turned in to a walk-over for the women Statesmen. Baas provided one assist and contributed to the team win. DSU eventually won the game 7-0(!).

From Louisiana to Pennsylvania. The weekend was for the Mercyhurst lakers all about the official conference season start. On Friday and Saturday (!) important matches were scheduled. Laker Thom Derks showed his quality from the get-go. He scored the 0-1 in the away game on Friday against West Chester University in Pennsylvania in the match that eventually fell to West Chester 2-1. On Saturday Derks was important again. In the home game against Bloomsburg he scored the opening goal and assisted the 2-0 with a good cross. Bloomsbury were defeated 3-0 eventually. For Thom the goal count after four games is already at three!