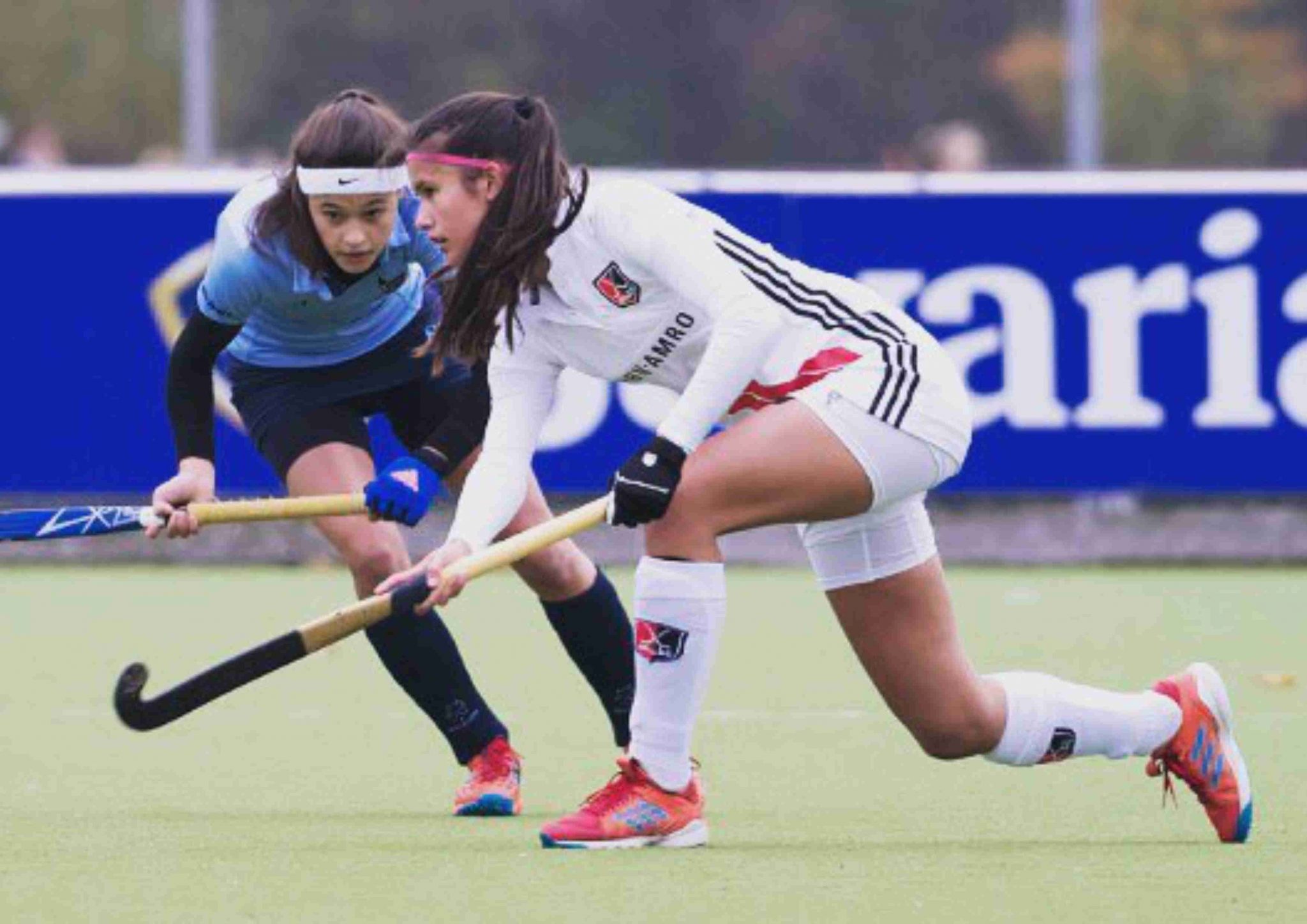 The University of Virginia may look forward to the arrival of Amber Ezechiels, youth international of the Dutch field hockey team. In February the 18-year-old hockey player was invited for an official visit by this incredible institution, located in Charlottesville. An official visit is solely for the biggest hockey talents, and that tag surely applies to Amber. Besides playing for the field hockey team Amber will also take undergraduate classes at this university, together with around 20.000 other students.

Amber’s career started at Kikkers, where she showed her skills until the until she reached the U13’s. At this point Amber’s ready for a new challenge, which she found at Pinoke. Here she participated in the national championship. One of the biggest achievements happened when she played for the U15’s of AH&BC in Amsterdam. Together with her team Amber managed to become national champions two years in a row. Meanwhile the talented hockey player was selected for the U16’s of the Dutch national team, with whom she won the European championship!

The quick midfielder can play on multiple positions however feels most comfortable playing on the righthand side of the midfield. Thanks to to her tactical insight and passing Amber can dictate play from this position. By signing Amber field hockey head coach Michele Madison hopes her side can make a better impression in the nationals next season. Despite a strong season in the Atlantic Coast Conference the Cavaliers didn’t manage to get past the first round of the nationals, where they got beaten 3-2 by Princeton.

KingsTalent is convinced that next year Amber will add to a successful campaign, with hopefully a few extra nice games in the nationals. Good luck Amber!