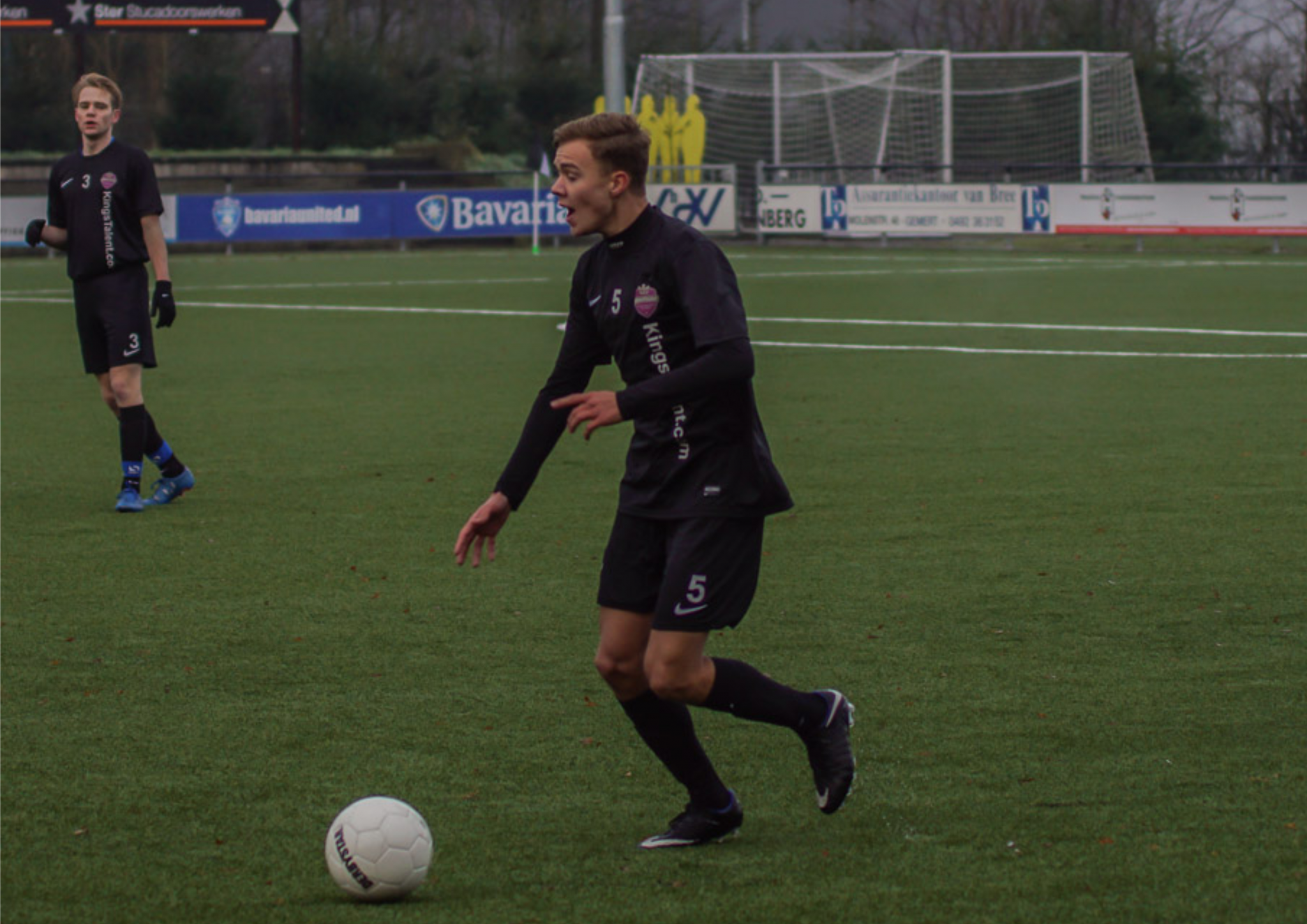 The highly rated Jackson, Tennessee based Union University will be home to Bart Diepstraten next season. The former defender of NAC Breda has signed a contract and will combine his spot in the men’s soccer team with a study in Business Administration.

Two years ago Bart came across KingsTalent. At this time the left back was still playing for professional soccer club NAC Breda, where he stayed at for five seasons. With one eye on his future the young defender decides to inform himself about student-athletes. Playing soccer and studying at a high level is something that interests Bart. Even more so because the defender still dreams about a career as a professional soccer player, which Marios Lomis did too when he made his move from the hoofdklasse to the United States.

Before Bart caught the eye of NAC Breda he started his career aged five at Baronie. The first time the Eredivisie side showed their interest in Bart is when he’s aged ten. Whilst playing at the highest level possible for youth players Bart plays against the biggest teams in the Netherlands like Ajax, PSV and Feyenoord. You can tell Bart has played on a very high level by just looking at some of the names he has had to face on the field. For example he went head to head with an Ajax team which included Justin Kluivert and Matthijs de Ligt, both currently playing for the first team of Ajax Amsterdam.

Besides taking on some great players in the Netherlands Bart has played some incredible games on international level as well. During the International Neauville Tournament he played with the U15’s of NAC against Benfica, Newcastle United, Nice, Nantes and Olympique Lyon. A year later, aged sixteen, Bart reached the final of the Nike Academy Most Wanted. Whilst over 1000 players signed up for this challenge, only the best 25 were selected for the final by professional coaches and players. Selections were made based on a players speed, technical ability, tactical knowledge and condition.

In short, Division II Union University has managed to sign a very talented player. Off the pitch as well the university is putting in a lot of work to get the men’s soccer team to the next level. Last year the university parted with Clovis Simas, who after ten years as the head coach was replaced by North Caroline State assistant Steven Cox. In 2014 Cox was responsible for putting together a very successful team at North Caroline. At the end of this season nine of his players made the step to professional soccer, two even made it into the MLS. If Steven Cox will put together another side with such care as he did in 2014, there’s a big chance we will hear a lot more about Bart Diepstraten in the United States.

KingsTalent would like to wish Bart a lot of fun and good luck in Jackson, Tennessee!