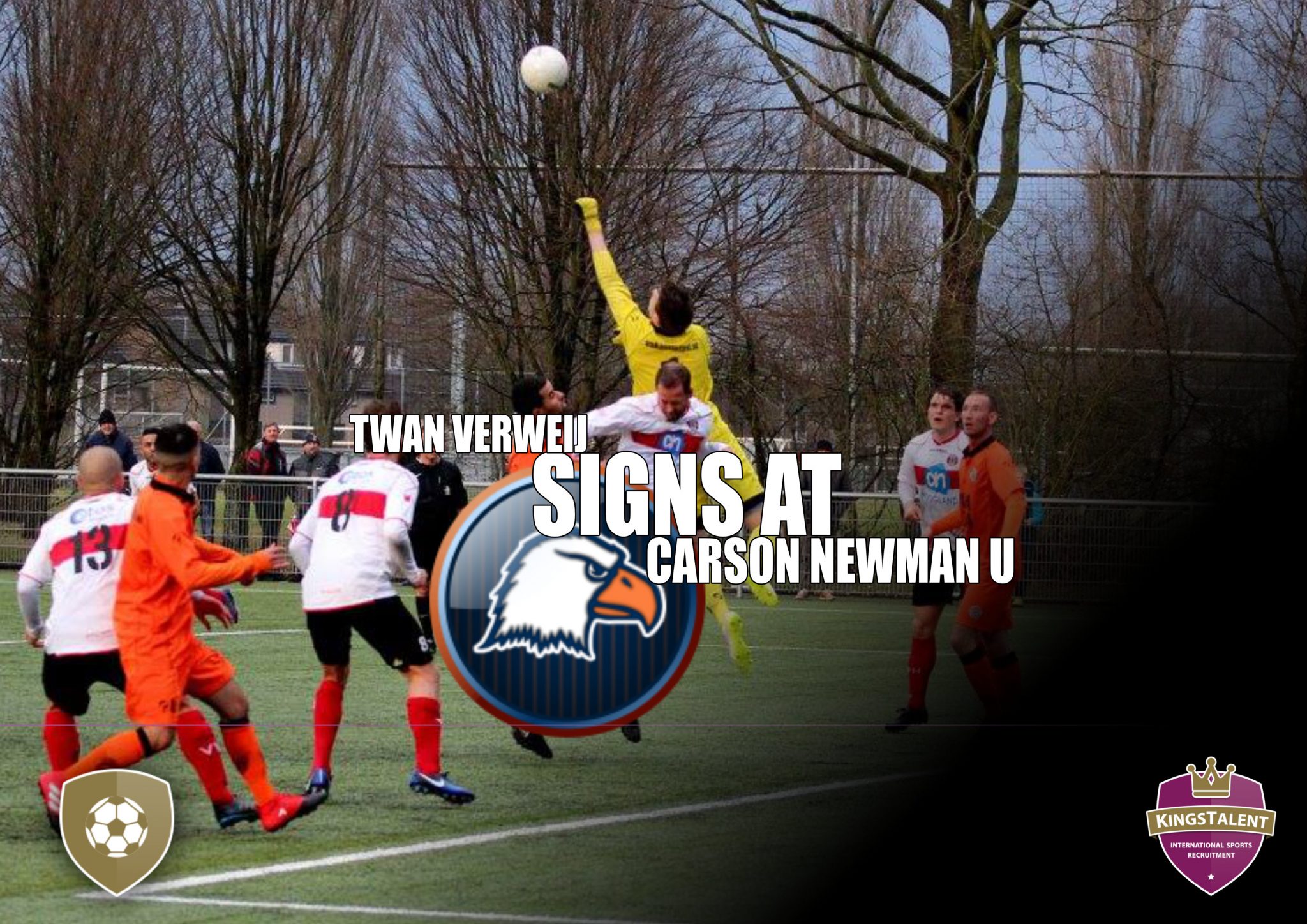 Coming summer (2017) Twan Verweij is going to chase his dream to study and play soccer in the US. The 22-year old goalkeeper wil transfer from VV De Meern to Carson Newman University from Jefferson City, Tennessee.

The 6′ 7” goalkeeper has been playing at VV De Meern since childhood, making his way through the youth academy teams. Currently Twan is playing his third season in the first selection of the club that became 1e Klasse Champions in 2015 and currently plays in the Hoofdklasse. After current season it is time for Twan to leave the club where he always played for the next step in his career, an adventure in the USA!

Verweij will join the Carson Newman University Men’s soccer team of head coach Stephen Lyons in August 2017. The CNU Eagles play in the SAC, South Atlantic Conference, winning 9 championship titles in history. The 2016 season was a negative chapter for the Eagles, especially because the team conceded lots of goals. This is why the coach was in search of a new experienced goalkeeper, whom they found in Twan Verweij. The Eagles have high expectations from the Utrecht native keeper, as he will probably be a key player in the team of Stephen Lyons.

Twan will be playing in Tennessee together with players from Great-Britain, France, Germany, Norway, Brasil, Cyprus, Australia, Sweden and of course the US. The Carson Newman men’s soccer team is truly a gathering of players from all over the world.