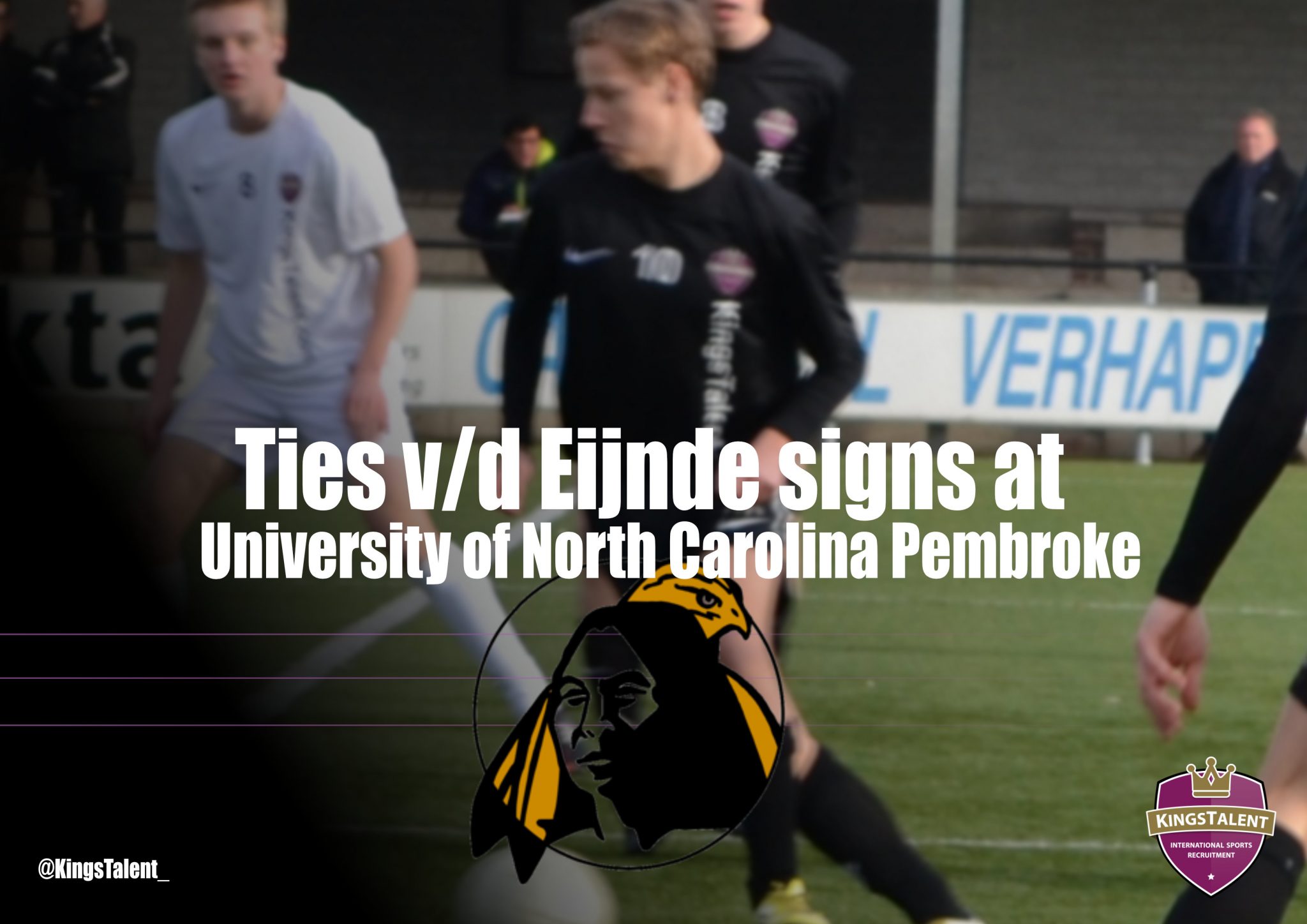 Ties van den Eijnde is the newest addition of the University of North Carolina Pembroke men’s soccer team. In less than two weeks the Vught native will get on the plane to Pembroke where preseason will start shortly. An American Dream on the take off!

The just 18 year old van den Eijnde has just graduated his VWO high school and will move to the US in a few weeks to study and play soccer in North Carolina. Currently the playmaker plays in the U19 of VFC Zwaluw. Before he played for 5,5 years in the professional PSV Eindhoven youth academy when he decided to leave. In the PSV Eindhoven youth academy he had many successes, among others a few National Championships (eredivisie) and a lot of international tournaments.

New head coach John Miglarese of UNCP is very eager to welcome the playmaker on the UNCP sports complex starting August 2016. “Ties brings a lot of experience to UNCP, despite of his young age. When someone played in the top of the Dutch (youth) eredivisie you know he has quality. Ties is the kind of player who can decide games for us. His vision and functional technique is incredible. On the ’10’-position he will be a valuable asset to our team.”

Van den Eijnde, star of the KingsTalent Showcase with a goal and an assist, can’t wait to move to the US and join up with the team of coach Miglarese.