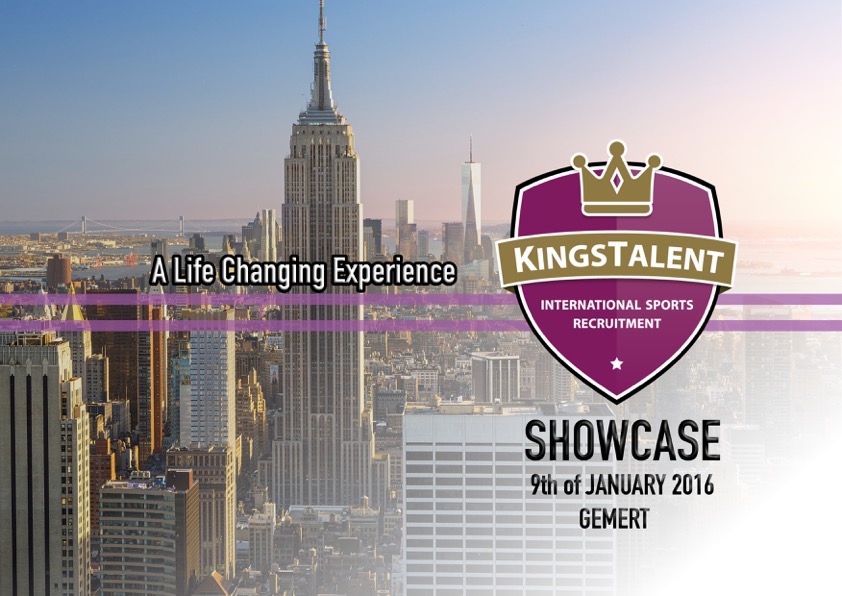 After months of preparation on the 9th of January 2016 the day was finally there, the KingsTalent Dutch Soccer Showcase. An important and exciting day for the attending talents as well as for KingsTalent. Below is a short review.

With tense faces 27 talents assembled in the canteen of VV Gemert waiting for what was about to start.
Under the supervision of five Dutch soccer coaches the morning practice session started at 10:00 am. After the first tension left the legs of the talents there was immediately a high level of play with very good position play. After an hour the morning practice session was concluded with an exercise finishing on goal.

After the morning practice session there was time to recover and lunch. During the lunchbreak, Lars Blenckers, who plays for Urbana University in Ohio since August 2015, held a presentation about his time in the US so far. Of course there was plenty of opportunity to ask questions.

After the presentation the most important part of the day was up next; the match. In the match (3x 30min) there was a real fight for the win. Eventually team black ended up winning it; 3-1.

After the match the present US college coaches took the opportunity to personally talk to their future talents. Around eleven players had personal talks with a present US soccer coach. Players who didn’t get invited for a personal talk with a coach on this day don’t have to worry, because the whole showcase day has been taped. Footage of this day will  be sent to many other college coaches shortly.

Of course we are proud that coaches from nine American Colleges, from all over the US, came to the Netherlands to look at the talents. Coaches from the following states were attending:

The coaches praised the level of play of the attending talents and also the organization of the day. Nearly every attending coach said to be present again next year.

As organization we look back on a fantastic day with a lot of soccer quality, competition and passion for the game. We are proud of the talents who have participated in this day. On the one hand by playing very well, on the other hand because of the excellent atmosphere on- and off the pitch. Compliments to all.

Finally we express our gratitude to the Dutch soccer coaches and other volunteers who made this day possible. Once again we thank you.

Foto’s and footage follow as soon as possible, please check this site for updates. To be continued…