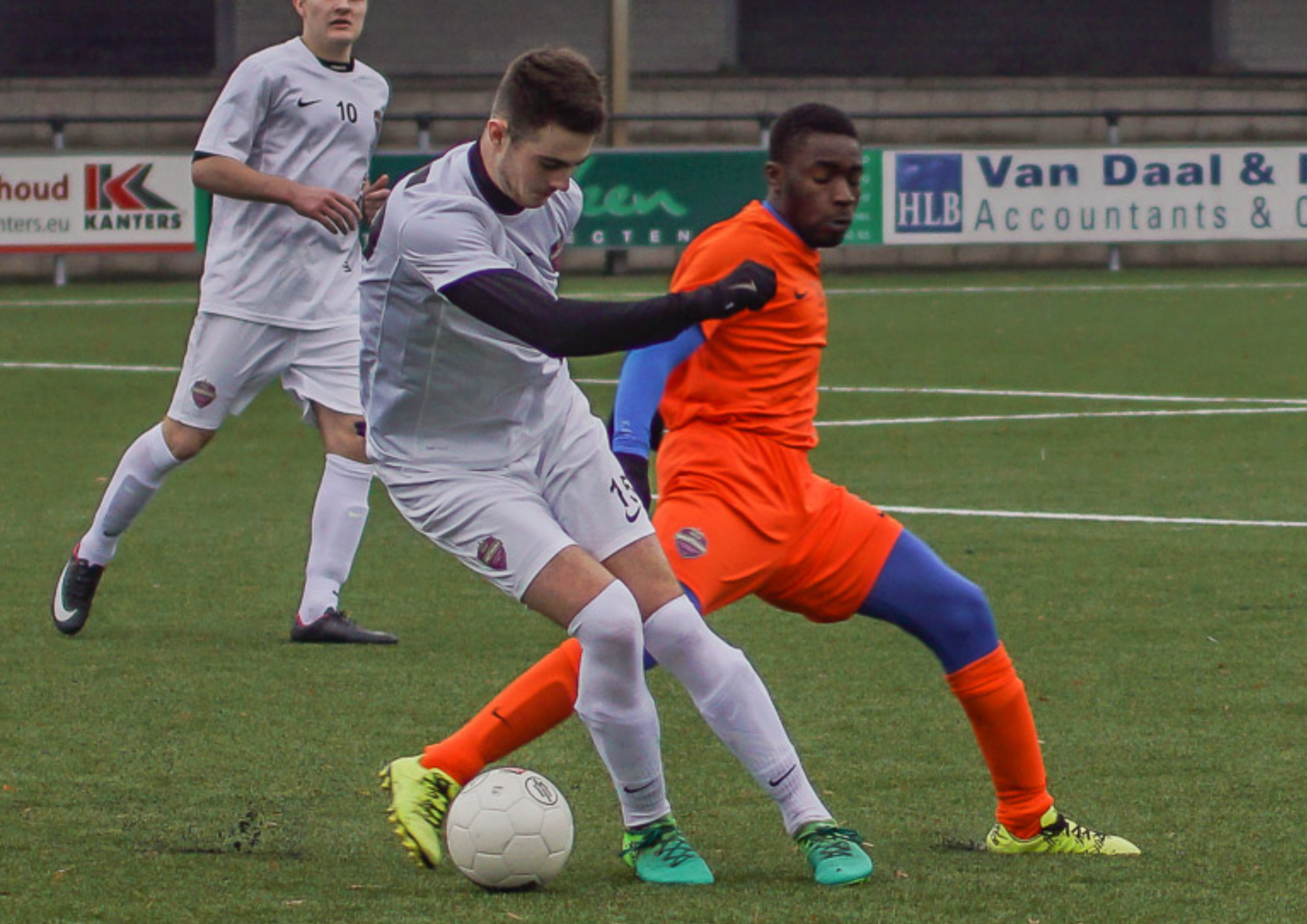 Huib Achterkamp is the next KingsTalent-athlete who will be moving to the United States this summer. The 20-year-old defender has signed for LIU Brooklyn. This university, located in New York City, used to be home to KingsTalent founder Paul de Koning. During his time at LIU De Koning was named captain of the men’s soccer team as well as receiving the North East Conference Academic Honor Roll for his study results. Two huge achievements, which put some weight on the shoulders of Huib Achterkamp, the first student-athlete in the history of KingsTalent to sign for LIU Brooklyn.

However, the central defender is well equipped to cope with that pressure. Due to his height (6’ 3’’) he’s a real nightmare for strikers in the highest ranks of Dutch amateur soccer. On academic level Huib isn’t doing too bad either. After graduating from pre-university education Huib went to the university of Nijmegen, where he has acquired very good grades.

Huib’s first experience with soccer comes at the age of five at local club VV Stenderen, where he catches the eye of professional soccer club De Graafschap. ‘The Achterhoekers’ don’t beat around the bush and invite the at that time 10-year-old to a trial at the club. Unfortunately a tedious injury  means he never gets to make his dream transfer, however after recovering from his setback Huib continues to impress for the KNVB talent team, as well as for the Gelderland talent team and his own team VV Steenderen.

Searching for a real challenge Huib switches to FC Zutphen, where he plays against the best opposition in the Netherlands with multiple youth teams. Whilst it would take most players some time to settle, Huib cements his place in the starting eleven from the off. Reason for Ron Olyslager, former manager of FC Zutphen, to add the talented defender, who still had one year of eligibility for the U19’s, to the first team.

Not a bad move, it proved to be. During his first year with the first team of FC Zupthen Huib plays 15 games, before playing 22 in his first ever season as a senior player. Meanwhile multiple sides are keeping tabs on the defender, like professional side Achilles’29 and BVC’12, who play in the Hoofdklasse. The latter eventually managed to persuade Huib, who joins for the 2017-2018 season.

During his move to his new club BVC’12 Huib notices that one of his close mates, Geert Bijl, joins Missouri Valley College to become a student-athlete. ‘’I want that too’’, is his instant reaction. Huib, who now has successfully gone through the process of becoming a student-athlete will play with LIU Brooklyn in the East Coast Conference. Therefore he may look forward to games against huge universities like Detroit, Noth Carolina, Western Michigan and Connecticut. Another thing he may look forward to is playing games in extraordinary locations, like on Pier 5 near the Brooklyn Bridge!

Last season, his new team conceded too many goals which meant they lost nine games. Reason for head coach TJ Kostecky to add to his defensive arsenal in order to maintain the ambition to play for the ECC championship title next year. For the past eighteen seasons Kostecky has been in charge of the Blackbirds, in which he managed to win multiple titles. Due to his experience, Kostecky knows exactly what he needs in a player. Like he went all in for Paul de Koning in 2007, he’s doing the exact same thing right now with Huib Achterkamp, who will undoubtedly be a success in New York.