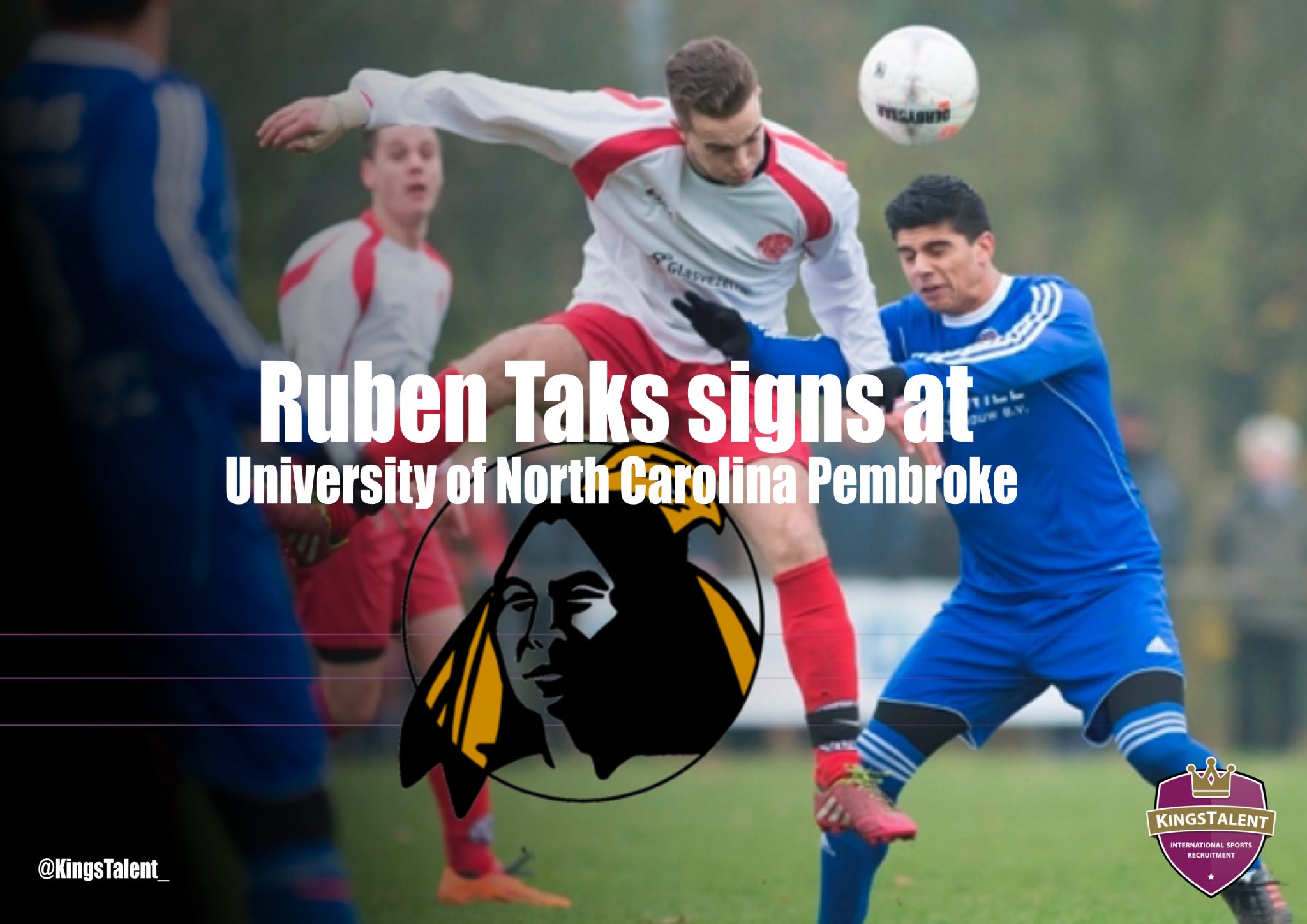 KingsTalent is proud to announce that Ruben Taks will be transferring to University of North Carolina at Pembroke in about a month. De Vught local soccer player will get on to the plane to the US to study and play soccer in the jersey of UNCP Braves.

The 20 year old attacking midfielder earlier played for RKJVV Den Bosch in the 3e klasse. Before he played in the youth teams and first team of Zwaluw VFC from Vught. He also played a trial period at professional Dutch soccer club RKC Waalwijk. Next season he can be seen on the American soccer fields of the Peach Belt Conference, NCAA Division II. He will be playing games in Georgia, North and South Carolina and Florida.

UNCP Head coach John Miglarese is also new at the school. the 2016 season is his first season as head coach of the UNCP Braves, he came from King University. Miglarese expects a lot of Taks, “Ruben is an experienced player and is important for maintaining the balance in the team. A smart kid and with his technical and leadership qualities I’m convinced he will do well here. Besides this Ruben can play on multiple positions so we are going to see where he fits in the team best. I can’t wait for pre-season to start so I can work with him.

Taks will be enrolled in the UNCP graduate program Master of Business Administration.