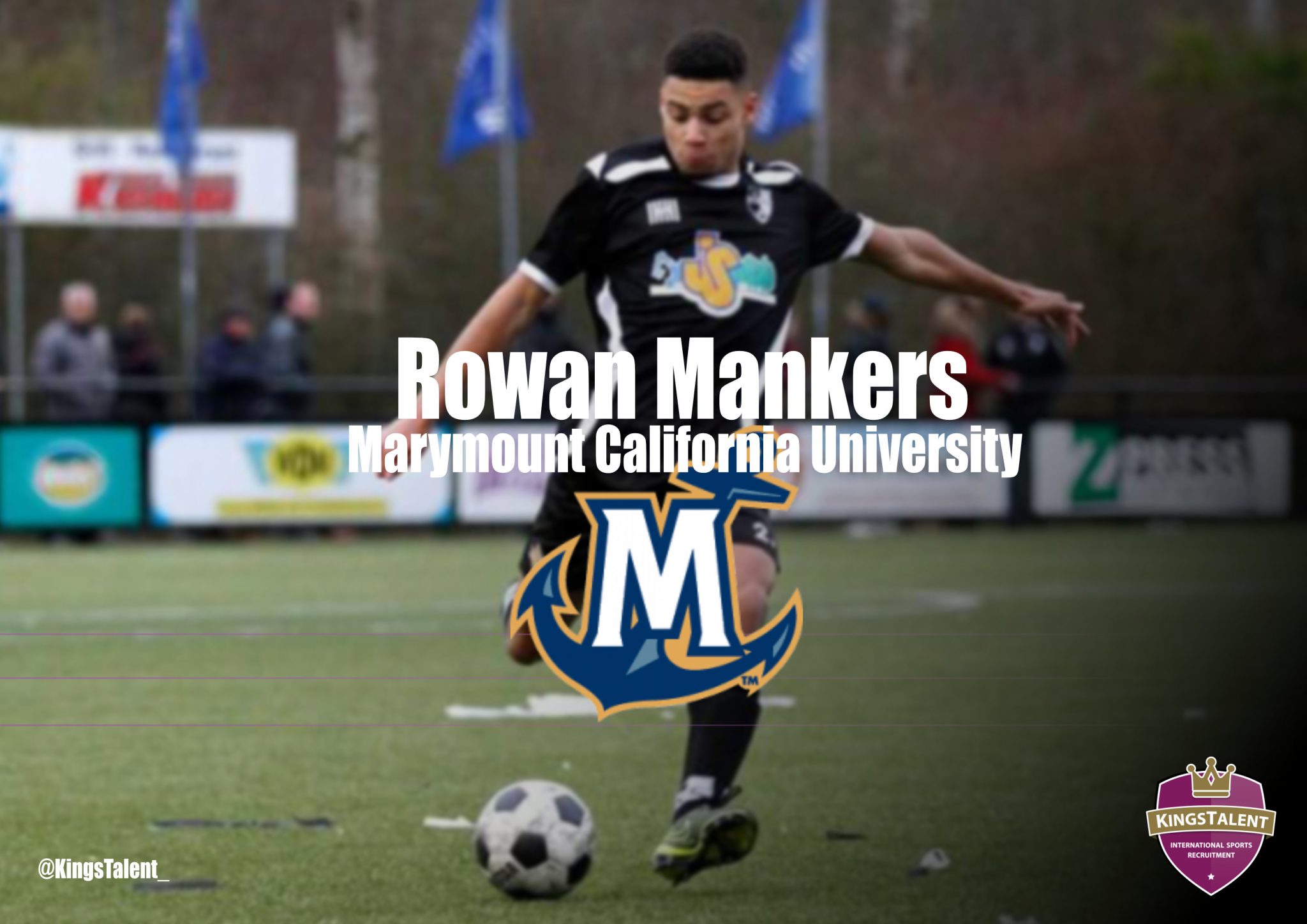 KingsTalent is proud to announce the transfer of 21 year old Rowan Mankers to Marymount California University. Rowan currently plays at JSV Nieuwegein in the 1e Klasse and will move to the Marymount Mariners in Los Angeles, California, this summer.

It’s a dream coming true for the young defender, who made his first appearance in the JSV first senior squad at age 16. With Mankers in the squad the team promoted from the 3e to the 1e Klasse in few years time. Summer 2016 marks a new step for Rowan, an adventure!

Mankers: “Multiple college coaches showed an interest. But Marymount was my absolute first choice. Playing soccer and studying in California is awesome!” Where Mankers previously played away games against Montfoort and Roda’46 he will be playing in California and Arizona next season. The home base of the Marymount Mariners is located between the beaches of Santa Monica and Newport Beach, on the Pacific Ocean, that’s something to look forward to…

Marymount California University plays her regular games in the NAIA Cal Pac Conference. In the 2015 season the team had a great season, becoming champions of their conference. The expectations are high for the 2016 season. Hervin: “We are aiming for the title again this year. We had a few players leave us but were able to attract very good replacements. With Rowan we have a fast defender who can play on multiple positions. With his Dutch soccer background we expect to play more on possession and expect to be more dominant in the game. I can’t wait for him to join the group.” Mankers will be part of an international team with players from England, Egypt, Israel, Germany, Brazil, Croatia, New-Zealand and of course the US.

At Marymount University Mankers will be enrolled in either the undergraduate program Psychology or Management.