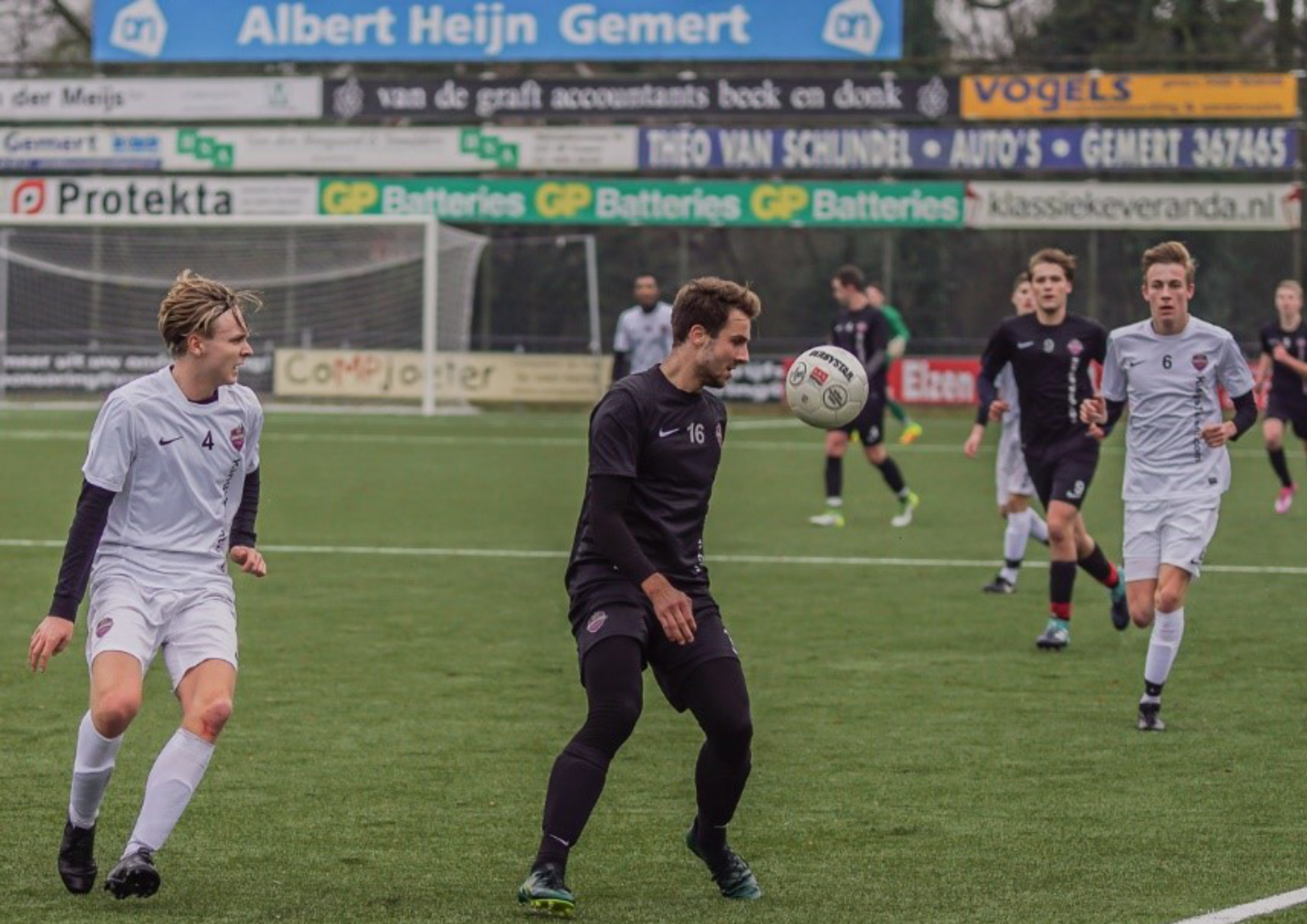 He has been playing for USV Hercules for the past fifteen years, had numerous opportunities to switch teams but only an American adventure can part Rob Lemmens from his beloved club from Utrecht. The 22-year-old attacker has signed a contract with the University of the Incarnate Word, where he will strengthen the front line of the men’s soccer team.

The Cardinals were part of a difficult campaign last year in the Western Athletic Conference, Division I. Playing at the highest student-athlete level of America the side lost five times with a minimal score of 1-0, causing a frustrated head coach Vince Martinez, who felt his attacking line squandered too many chances. In a tense conclusion of the competition Incarnate missed out on the play offs by one victory. In an attempt to prepare his team for a more successful 2018-2018 season Martinez visits a showcase hosted by KingsTalent, where Lemmens happens to play some very strong games. Reason for the manager of Incarnate Word to sign the productive winger. In his last 57 games for USV Hercules, Rob managed to score 43 goals and produce 27 assists. Therefore coach Martinez considers playing the winger as a striker in his side.

Going abroad isn’t something Rob is afraid of, as the economic student followed an entire semester of classes in Hong Kong last year. Next year he’ll also travel, but this time for soccer purposes. On the list are special cities like California and Seattle. Meanwhile the technical player is back on Dutch soil and preparing himself for his adventure at Incarnate Word, where he’ll become the fourth KingsTalent-athlete to sign at this university, after Wouter Peters, Kas van Eekelen and Steven Moerkens. KingsTalent would like to wish him all the best with his transfer to the University of the Incarnate Word.