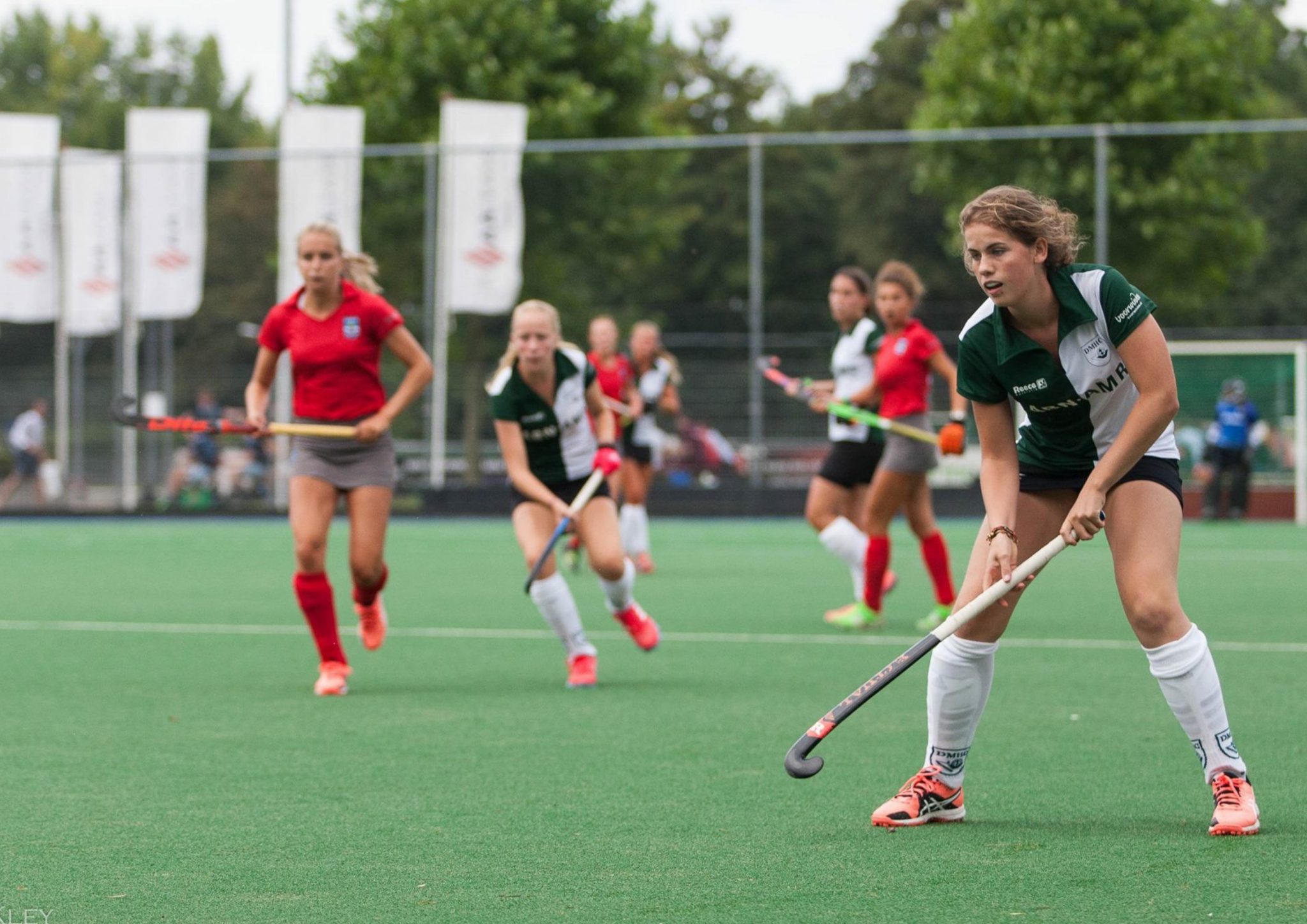 When Ilse Westera visited her school in April she was stunned. ”Wow, what an experience. The facilities are unbelievable. It’s insane how big everything is here!’’ Ilse will join the Old Dominion University Field Hockey team after the summer.

Ilse will join a side that plays in one the best competitions in America: the Big East Conference. Last season ODU were knocked out in the semi final of the Big East Conference. This year Head Coach Andre Griffiths aims to reach the final with his talented team. Ilse may look forward to an intensive schedule, containing daily workouts, loads of games and flying to multiple locations to play away games. Besides that, she will also have to study of course! Ilse will continue with her education in commercial economics, which she started at the university of Rotterdam.

A big change in her usual routine which includes playing for her current club DMCH Dordrecht. The quick midfielder is a huge asset because of her tactical awareness and technical ability, something ODU will benefit from. Just recently Ilse made the step from the U19-side to the first team, and did so effortlessly. Now she’s ready for another challenge, which she has found in Norfolk, Virginia. At ODU she will be the successor of Julia van Dorsten, who did an incredible job by getting her masters degree within one year as well as becoming the captain of the team.

KingsTalent would like to wish Ilse a lot of fun and good luck with her new challenge and of course we will closely monitor her adventure!