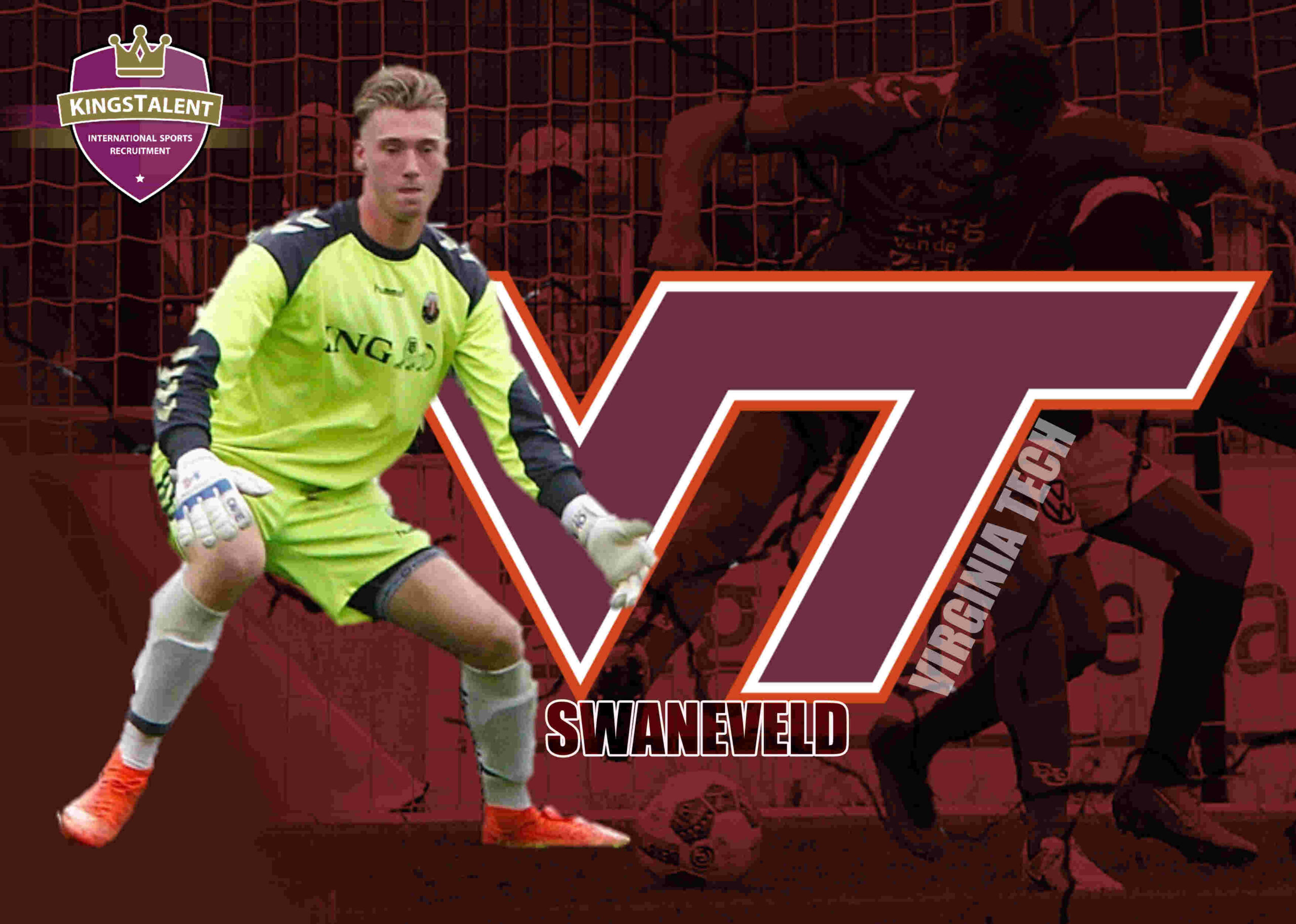 Mathijs Swaneveld is pursuing his dream! He leaves Schoonhoven behind and flies to Blacksburg, Virginia, in three weeks time. There he joins the Virginia Tech mens soccer team as a student-athlete. Swaneveld transfers from Jodan Boys, competing in the Dutch Hoofdklasse, where he was starting goalkeeper. Before Jodan Boys he played in the youth soccer academy of professional Dutch soccer club Sparta Rotterdam.

At early age Swaneveld was scouted by Dutch professional soccer club SBV Excelsior and after two years he transferred to Sparta Rotterdam. After playing in the Sparta Rotterdam youth academy for six years he transferred to the first senior team of Jodan Boys. His time at Jodan Boys appears to be short lived for Mathijs joins Virginia Tech in winter 2018. Here, he has big shoes to fill. Swanevelds predecessor goalkeeper at Virginia Tech signed professional in the MLS! This is an excellent motivator for the young Dutch goalkeeper. In Blacksburg home games are played at Thompson Field Stadium. Virginia Tech mens soccer team competes in the Atlantic Coast Conference, one of the toughest college conferences in the US. In the 2017 season a staggering 9 out of 12 competing teams in this conference managed to qualify for the NCAA National Championships. Next season competition is promising to be extremely tough in the ACC once more, but Virginia Tech will be looking to qualify for the Nationals again, with Mathijs as goalkeeper.

11 January Mathijs will fly to the US to join his new team. VT mens soccer team has a good number of international players. Players come from Germany, Finland, Iceland, Costa Rica, Brasil, South-Korea, France and of course the USA. Mathijs is the first Dutch player in this international team. KingsTalent wishes Mathijs a lot of success in the USA.