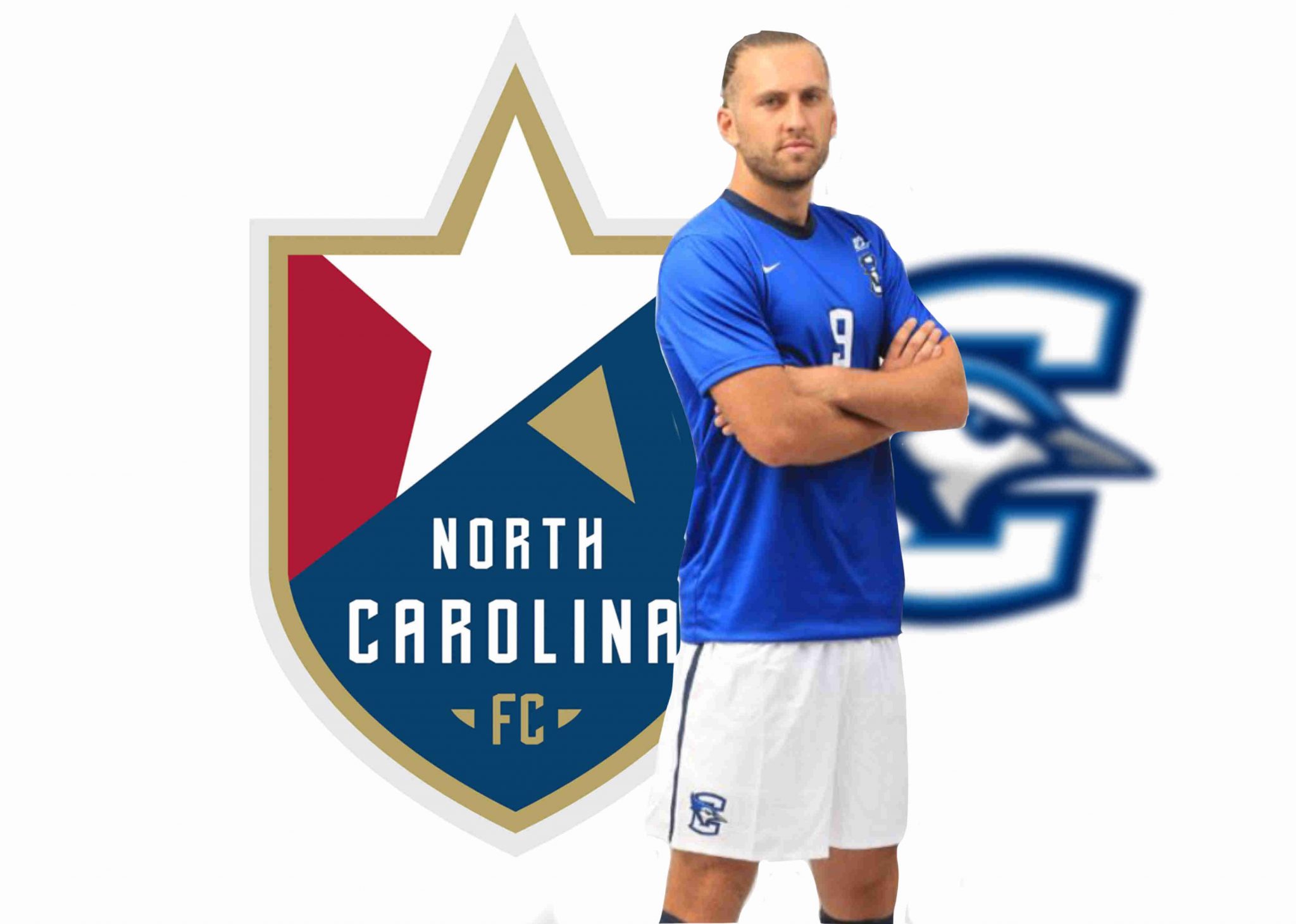 Another dream coming true for Marios Lomis! The 22-year old Creighton University striker signed his first pro contract at North Carolina FC this week! A fantastic achievement and the highlight in the career of the forward. Lomis makes the step from college soccer to the second professional soccer level in the US. In February 2018 he starts preparation for the USL (United Soccer League) season, together with his team. This is the level of competition directly beneath the Major League Soccer.

In summer 2017 Marios Lomis made the transfer from VV Noordwijk to Creighton University, to compete in the highest college soccer division of the USA, NCAA Division 1. This proved to be an especially successful adventure. Marios played games in California, New York and Washington DC and flew all over the States to compete and excel. Characteristically he scored goals and was an important player for the team from Omaha, Nebraska.

Before he left VV Noordwijk for Creighton University his ultimate goal was… becoming a professional soccer player. And he did it! After a short 3 day trial at North Carolina FC, Marios signed his first professional contract. KingsTalent is very proud of Marios for chasing his dream and making it to the pro’s. We wish him a lot of success for the future with hopefully a lot of goals.

Check Marios’ highlights playing for VV Noordwijk in the video below.