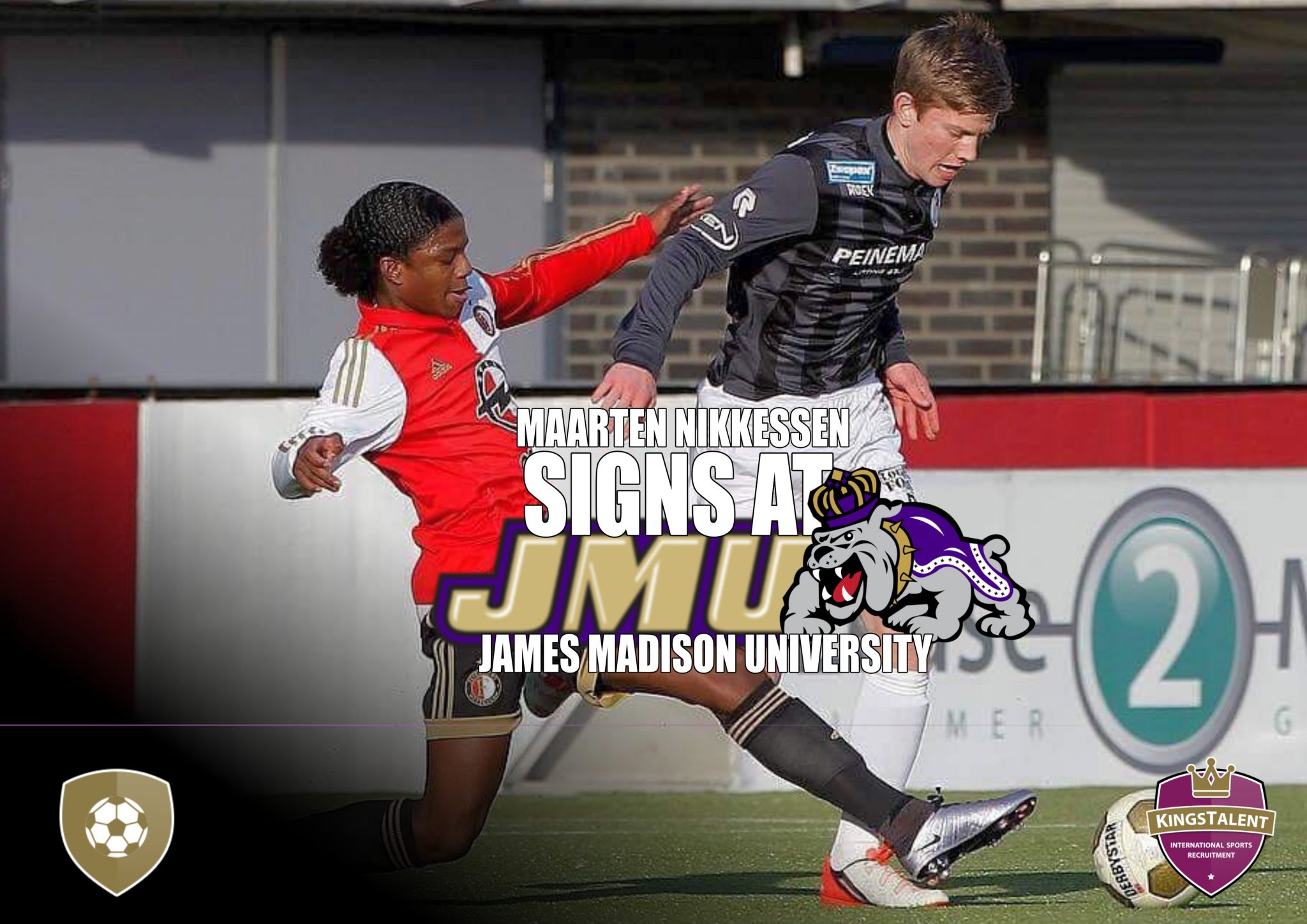 KingsTalent is delighted to announce the transfer of Maarten Nikkessen! The only 17 year old forward from Utrecht will join the James Madison University in Harrisburg, Virginia, in summer 2017. JMU competes in the NCAA Division 1, the highest US College soccer division.

Nikkessen is a physically strong attacker with an excellent bal handling technique who is multifunctional in terms of attacking roles on the field. Nikkessen started playing soccer at PVC and was soon invited for a testcase at AJAX. To play at a higher level he left PVC for VV De Meern. His quality was soon recognized by professional soccer club Sparta Rotterdam, who invited him to play in their youth academy. For a couple of years Maarten played in the single highest national youth division at Sparta Rotterdam. Eventually the left-footed player moved back to an amateur club, Elinkwijk, where he played the 2016-2017 season in the U19 in the National 2nd Division.

So this summer Maarten will leave for the US. A big step in his still early career. Maarten will join the James Madison University mens’s soccer team, competing in NCAA Division 1. Last season (2016) was not a good one for the JMU Dukes. The team of head coach Tom Foley had trouble finding the net, and this kept them out of the top spots of the leaderboard. ‘Maarten is a forward who can hold up the ball and can also make goals, a real valuable asset’. A welcome reinforcement to the JMU team.

Nikkessen caught the eye of the assistent-coach Paul Zazenski during the KingsTalent Dutch Soccer showcase: ‘The way he played during the showcase was pure quality. He convinced me immediately.’ Head coach Foley agrees and is very pleased with his new signing: ‘I’m glad we are able to announce this transfer, we were looking for a scoring forward and with Maarten we have signed a class act attacker’.

James Madison University is a big university with over 21.000 students. The school has an excellent sports complex available with impressive facilities. The men’s soccer team plays it’s home games in the soccer stadium, which can house 2250 spectators.

Maarten will play in a team with a lot of European players at James Madison University. The soccer squad consists of players from Germany, England, Spain and Switzerland. There are also a lot of players from the US and Canada present in the team of head coach Tom Foley.