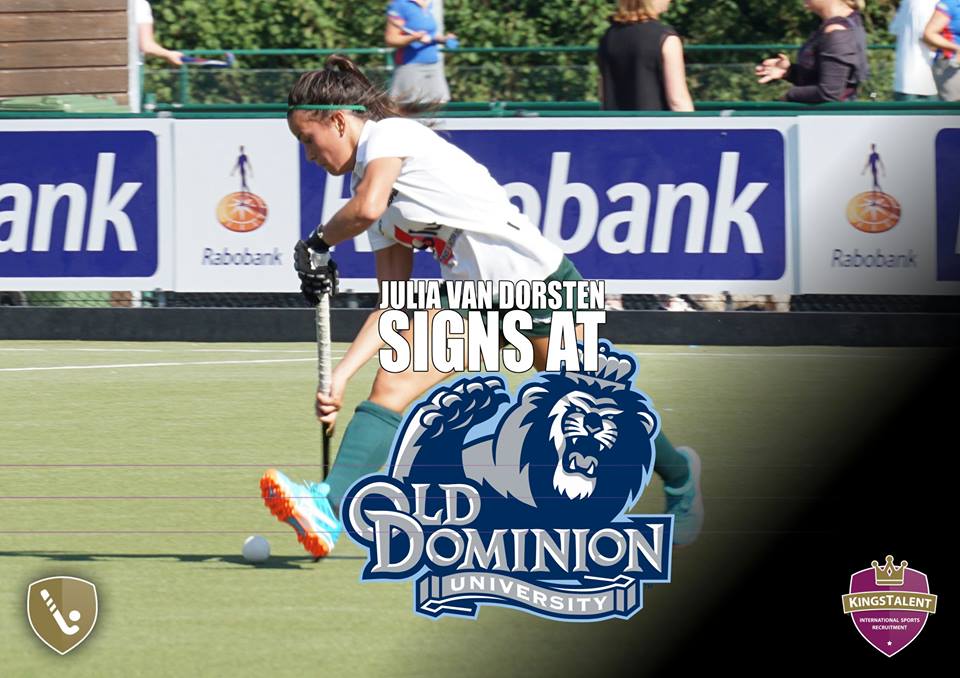 This winter Julia van Dorsten makes the transfer from SMHC de Hopbel (The Netherlands) to Old Dominion University. The 21 year old field hockey player will make the step from the senior 1ste Klasse in the Netherlands to the American NCAA Division I Big East Conference. One of the most prestigious field hockey competitions in the US.

The signature on her bachelors diploma Industrial Engineering from the Technical University Eindhoven is barely dry but she can get ready for a special kind of adventure. The play maker signed a contract at the school from Norfolk, Virginia. ODU, a university with 25.000 enrolled students, competes in the Division 1 Big East Conference. The play maker will be seeing a lot of the country because her away games will take place in the states Maryland, Pennsylvania, Connecticut and Virginia. Old Dominion University is a top team in the American College Field Hockey. In the 2015 season Norfolk team was ranked in the top 20 teams nationwide. Eventually the team was eliminated in the semi-final of the Big East Conference post season playoffs. Top level Field Hockey!

Van Dorsten had to make a choice out of 7 different top 20 nationally ranked American colleges, and that wasn’t easy. Eventually the personal visit of ODU head coach Andrew Griffiths was decisive for Julia’s choice. Together with the ODU admission staff she then worked hard to make the transfer possible. The Brabant-native play maker will get on the plane just after New Year to pursue her dream, to study and play field hockey at a national top university in the US. Van Dorsten immediately starts her graduate program in the US in January 2017.