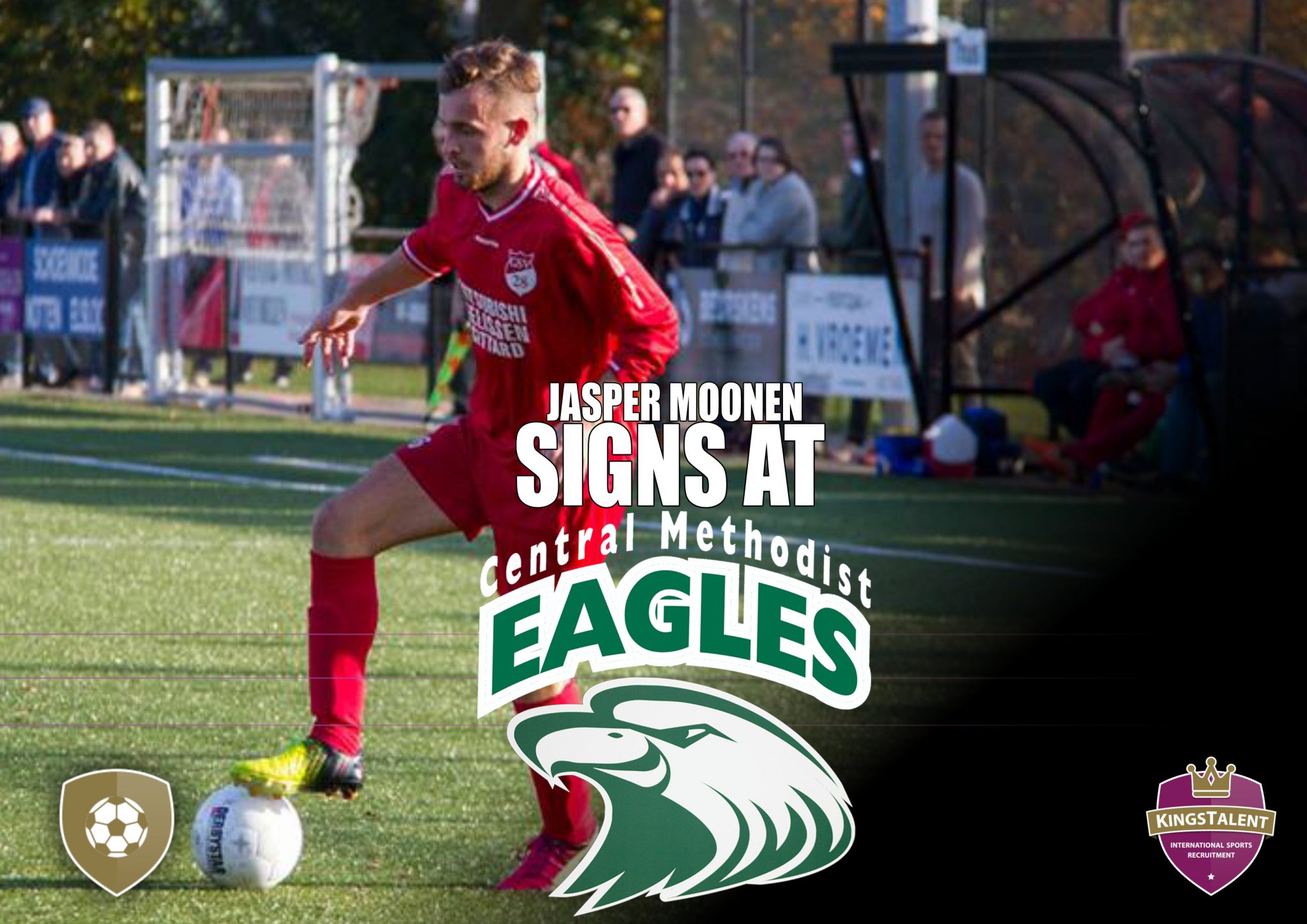 21 year old Jasper Moonen leaves for the US this winter to play soccer and enroll in an undergraduate college program. Recently Moonen put his signature on a contract with Central Methodist University. With this transfer he will trade GSV’28 for the CMU Eagles men’s soccer team from Fayette, Missouri.

The creative and multifunctional left winger will get on a plane to pursue his dream in the USA.
Earlier Moonen played in the SV Meersen youth academy to eventually play a few years in the first senior squad. Last summer the forward moved to GSV’28 to finally transfer to the US this winter.

From January 17th on he will be part of the CMU men’s soccer team team of head coach Alex Nichols. The CMU Eagles play in the NAIA Heart of America Athletic Conference. Moonen can look forward to playing away games in Iowa, Kansas and Missouri and is able to see a great deal of the country during his travels. In 2016 the men’s soccer Eagles’ season ended in the quarter final of the Heart of America Conference postseason playoffs. Coach Nichols is determined to take the team all the way to the final in 2017 and sees Moonen as an important part in this quest.

In Missouri, the Limburg born Moonen will be part of an international oriented team. His team mates come from England, Spain, Colombia, Brasil, Australia and of course the US. A very impressive collective of international student-athletes.