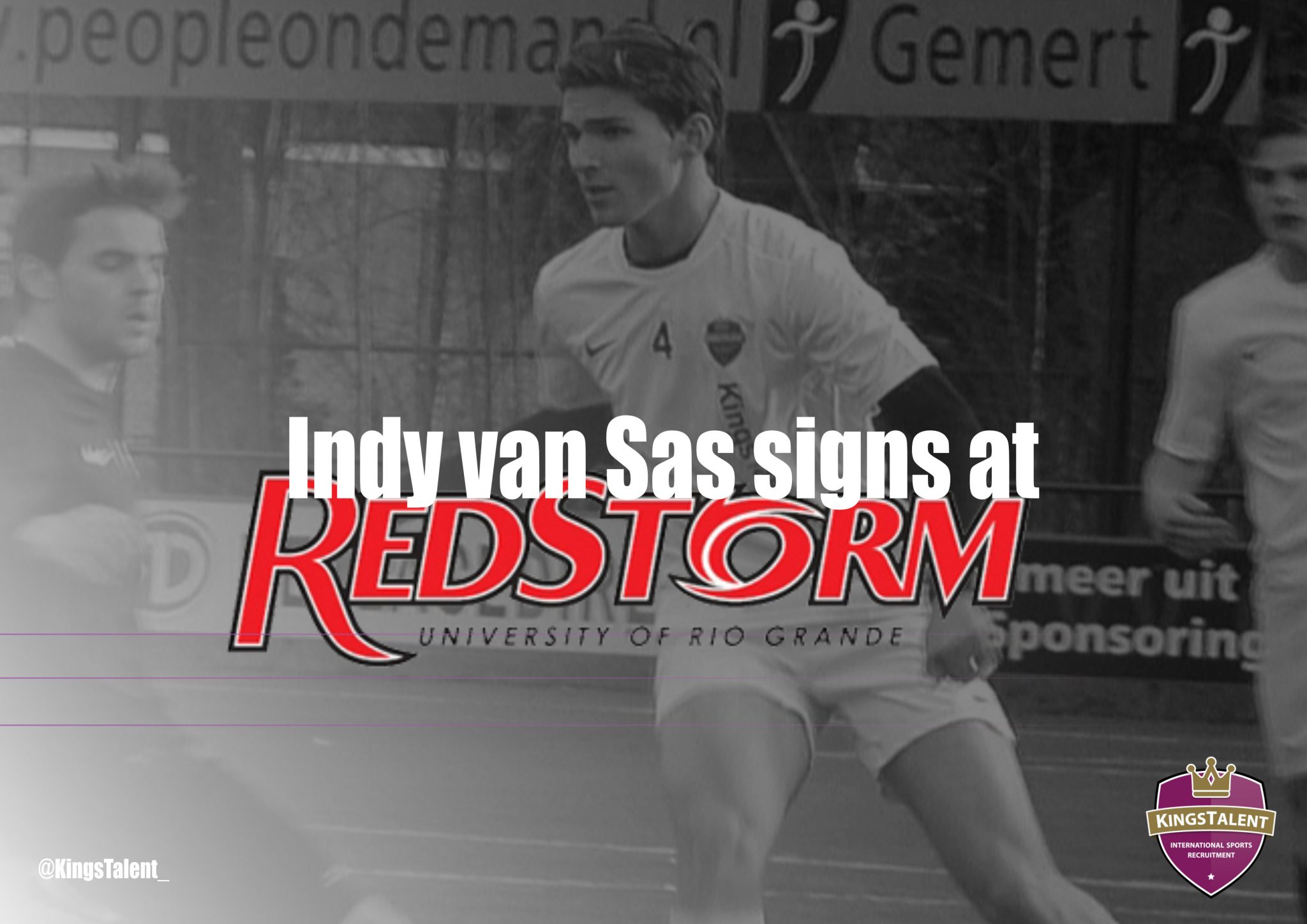 This week Indy van Sas is still very busy taking his final exams for finishing his HAVO high school education. After this he will leave The Netherlands for the US to play soccer and study at the NAIA National Champion Rio Grande Redstorm in Ohio. KingsTalent is proud to announce his transfer!

The tall defender of Topklasse soccer club USV Hercules currently plays in the U-17 team of this club. Van Sas, captain of his team, fell just short of the title in the 4th National youth Division this year, where Ijsselmeervogels became champions.

Indy van Sas, who just turned 17, is making the biggest step of his young life, to play soccer and study at one of the best soccer teams in the US. From 2008 until last season Rio Grande Redstorm has been able to qualify for the NAIA National Championships each single year. Last season was the absolute highlight for Rio Grande, when they became NAIA National Champion. In this succesful season the team lost just one match (out of 24). In the final of the National Championship the Redstorm team beat MidAmerica University 1-0. This achievement was the crown on the hard work of this successful soccer team.

The Rio Grande Redstorm soccer team is a mixture of many different nationalities and cultures. From the 24 players in the squad 17 come from outside the US. Soccer countries like Spain, France, England, Brasil and Chili are represented in the Redstorm team.

Assistent coach Thomas Keen: “This season has been unique. Reaching the NAIA National Final was a dream but winning it is phenomenal! Next season will be a challenge. We are ranked NAIA 1st in the country so everyone wants to beat us. But we are well prepared and have made good reinforcements. With Indy we are bringing in an allround defender. He is very strong and mature for his age. With his passing ability and his ability to build up the game from the back he brings in an extra dynamic to our game which makes our team even better. When I saw Indy at the KingsTalent showcase (9th of january 2016) I knew that he is the reinforcement we are looking for. We are looking forward to his arrival!”

In August 2016  Van Sas will move to Rio Grande Ohio to join up with the team for the ‘Redstorm’ preseason. In september he will start his undergraduate bachelor program Small Business Management. At that time he will combine his busy sports schedule (practices/traveling) with his undergraduate studies.