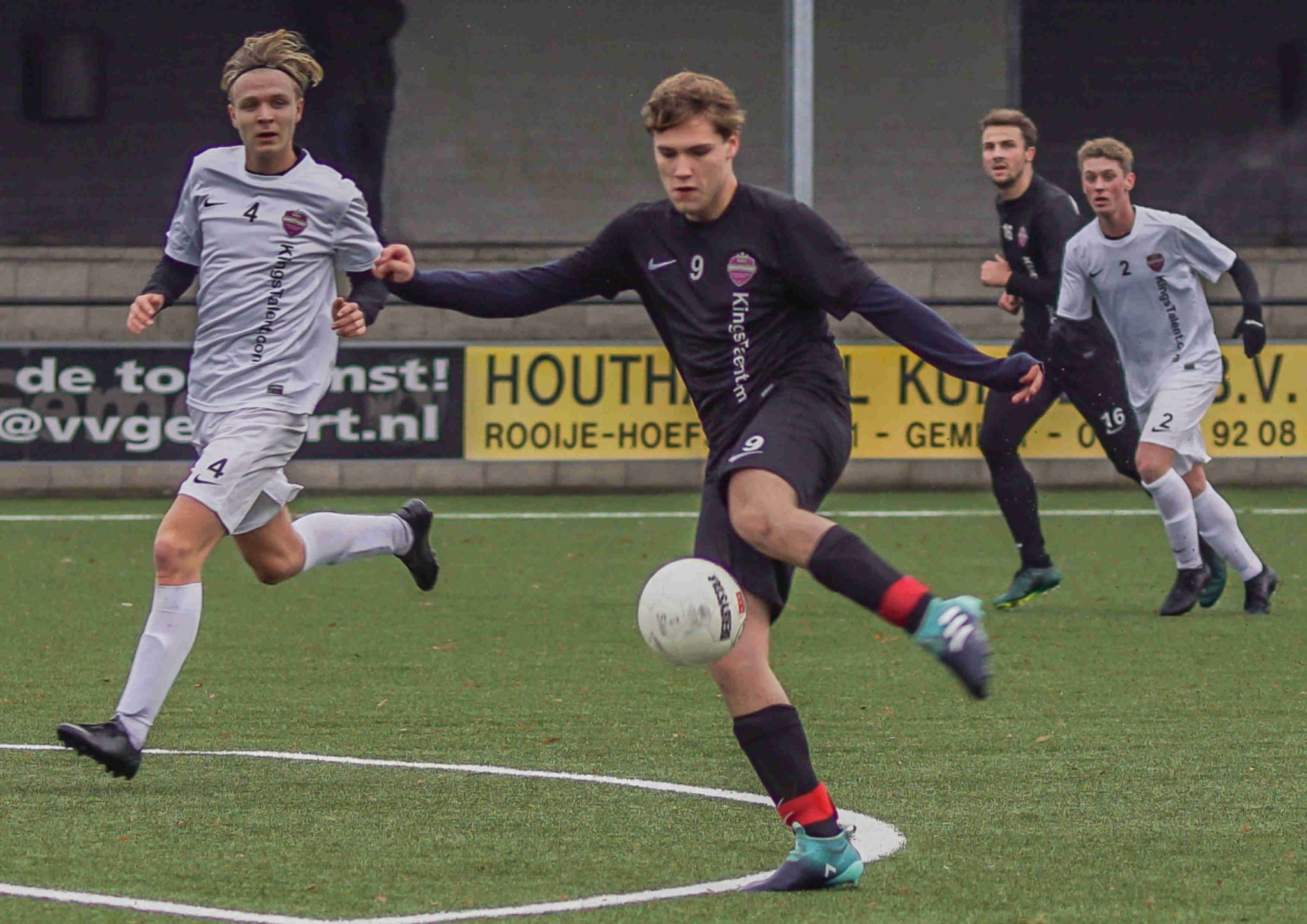 The physically strong forward started his soccer career at age 4 at BFC Bussum, where he scored one goal after another in the youth teams. In the U15 squad he scores 31 goals in 23 games and also gives 10 assists. Despite the team falling just short of promotion it was an excellent season for Hugo in the U17 team; in 22 games he managed to score 27 goals, which lead to him winning the ‘player of the year’ award.

Early January 2018, even before finishing his highlight soccer recruitment video, Hugo makes first contact with his new US school. After making an impression at the KingsTalent Soccer Showcase in January 2018 the 17-year old striker is officially recruited by Eastern Oregon University, who would love to sign the goal scorer. At this moment the intense recruitment process has been completed and Hugo Hugo may officially call himself a ‘Mountaineer’.

KingsTalent wishes Hugo a lot of success and great times in La Grande, Oregon. Do you want to study and play college sports in the US? Sign up now and within three days we will contact you to talk about your chances!