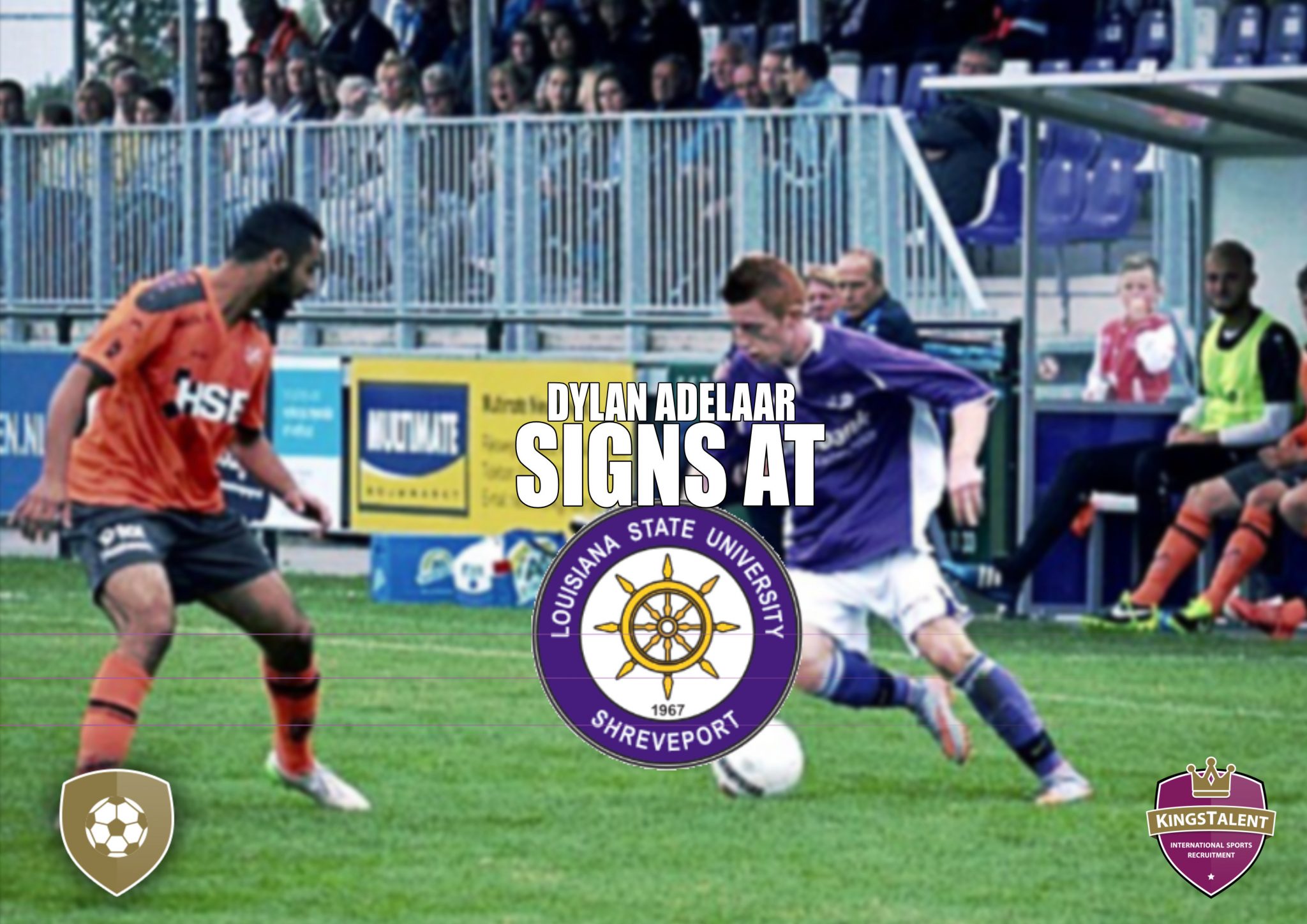 The ink on the contract is dry. This summer swift winger Dylan Adelaar will leave Zeeland to pursue his dream: to play sports and study in the USA. Louisiana State University at Shreveport won the struggle for the signature.

Because Adelaar is hot. Dylan, who excelled during the KingsTalent 2017 showcase with one goal and an assist, was on the radar of a large number of US college coaches. The 21-year old pacy winger had a lot of interviews with a lot of interested coaches, before making a well considered choice. Eventually head coach Phil Bonn of Louisiana State University at Shreveport (LSUS) won the battle for the signature. Starting summer of 2017 Adelaar will be part of the Louisiana State University at Shreveport Pilots. The school has set up a whole new men’s soccer program and it was this new project that interested Dylan Adelaar. In the US Dylan will be one of the players to watch at LSUS side, with his constant threat on the wing. With his speed and technique he will be a menace to many opponent’s defense and will be responsible for goals and assists for LSUS. Phil Bonn expects a lot from Adelaar: ‘Dylan is able to use his speed, creativity and focus towards the goal to be a true powerhouse. We were looking for a real winger. I am really happy Dylan made the choice to join us next year! He is a continuous threat to any opponent!”