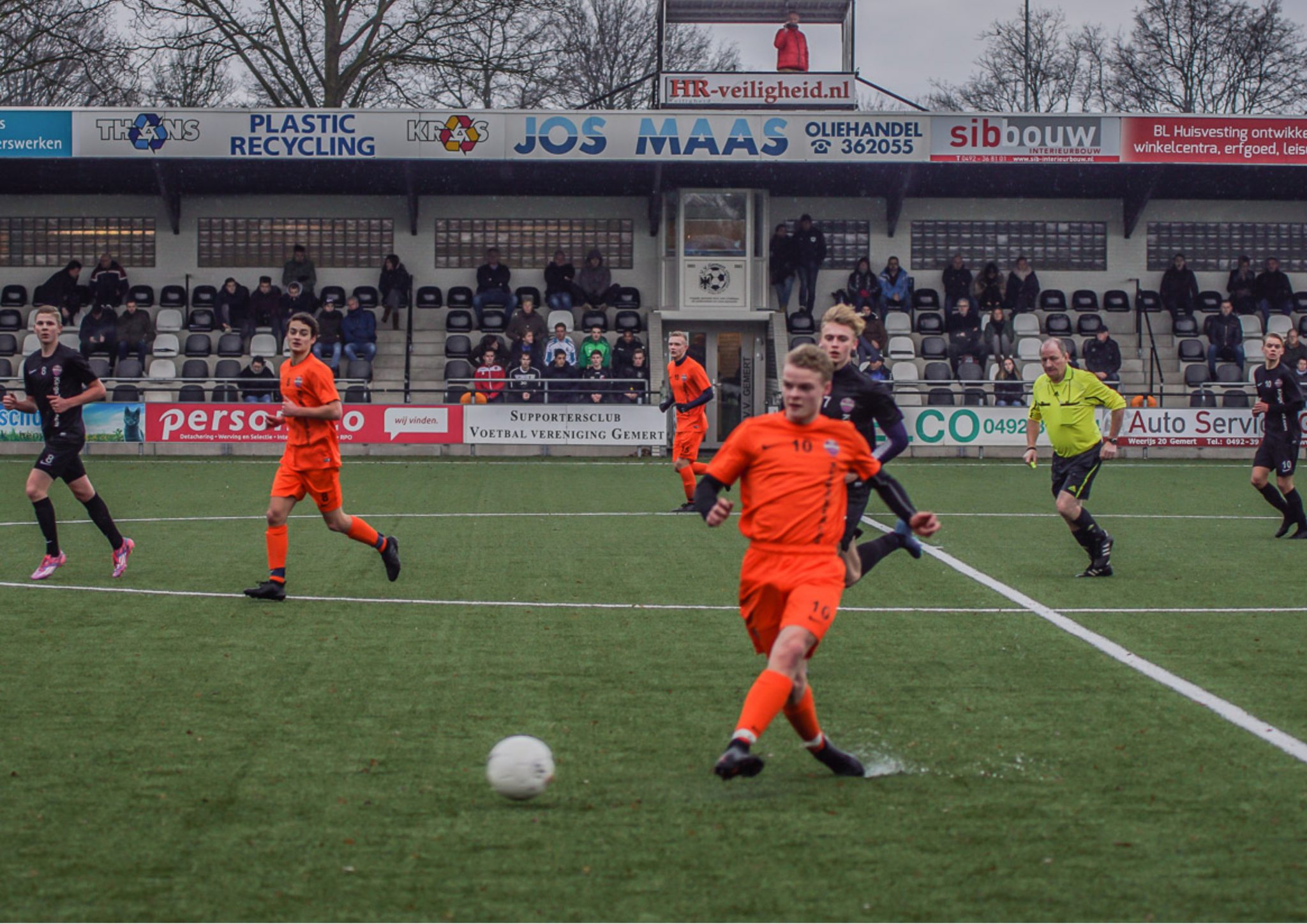 About eight months ago Hessel Witkop and Jilles Ricken started working with KingsTalent. At that time Hessel and Jilles, who are both teammates and classmates, would have never imagined they’d remain teammates and classmates in the United States, but they will. The men’s soccer team of Murray State College has sent a warning to its conference rivals with the signings of Hessel and Jilles.

Jilles Ricken, currently playing for HC & FC Victoria 1893, is well known as an energetic player who can cover the entire left side of the field. He has been doing this since he was three years old, starting his career at SDO-Bussum. After progressing through the youth ranks quite convincingly, Jilles joins BFC Bussum, also the club of KingsTalent-athlete Hugo Trijbels, in the 2010-2011 season.

After a strong first year at his new club Jilles catches the eye of multiple top soccer clubs, like Ajax and FC Utrecht. Also the KNVB add him to their talent team, with whom he plays games against AZ, FC Utrecht and FC Volendam. In the coming years the attacking midfield player continues to develop rapidly, at BFC Bussum but also in the KNVB talent team. Last year that led to Jilles moving to FC Victoria U19, playing at the third highest youth level.

In this side Jilles is accompanied by his mate Hessel Witkop, a creative number eight with a great passing range. Hessel’s career starts aged six at SC ‘t Gooi. After four years he’s seen enough and switches to Victoria 1893. Whilst in the U17 side of Victoria, Hessel receives an offer from SC Buitenveldert and decides to join them to play at the second highest youth level in the Netherlands.

The departure of Hessel causes a lot of heartache at Victoria, who try everything to persuade Hessel to return to the club. Eventually Hessel re-joins the U19 ‘s, to play with his friend mate Jilles.

Next season both players will be playing for the men’s soccer team of Murray State College, better known as the Aggies. Two months ago athletic director Justin Cellum announced the appointment of Matt Reeb, who’s become the new Head Coach of Murray State men’s soccer. The ambition is that by appointing Matt Reeb Murray State can grow into a top side in Divison II, and by signing Hessel Witkop and Jilles Ricken they are well on their way to compose a strong team.

KingsTalent would like to wish both of our talents a very successful adventure in America!