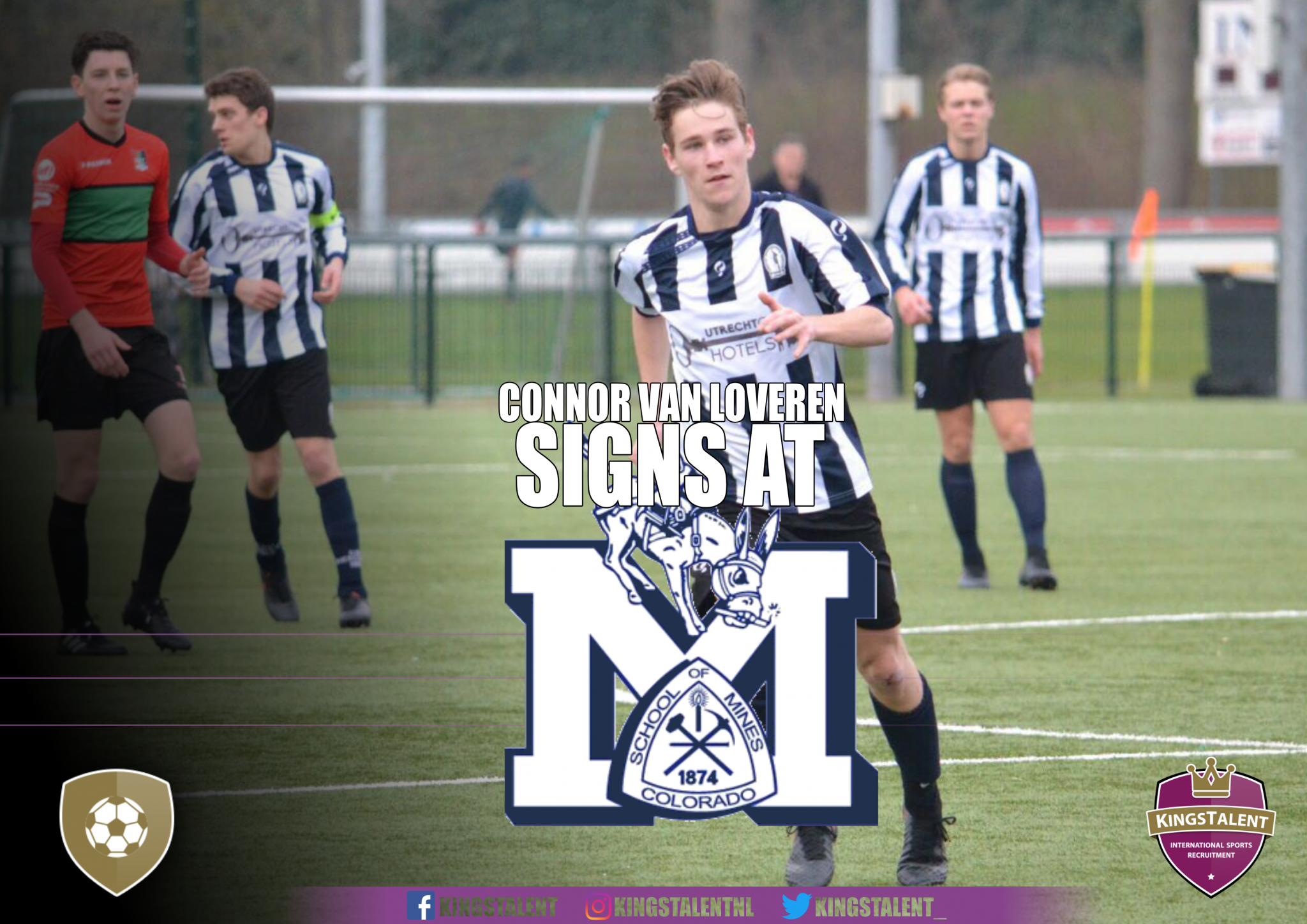 Starting August 2017 19-year old Connor van Loveren will play soccer and study in Colorado, USA. The young Utrecht native midfielder signs a contract with Colorado School of Mines, a school that enjoys domestic and global fame for being a top university in the field of engineering.

Van Loveren, a multifunctional midfielder, has been playing in the youth academy of USV Hercules his entire life. He is currently playing in the U19 team, competing in the 3rd national youth division. During his time playing in the USV Hercules youth academy teams Connor has always played in the first ‘selection’ teams, winning the championship title in the D-youth and playing playoffs for promotion in the B-youth squad. This season (2016-2017) he regularly plays his matches with the second senior team of his club, one of the biggest amateur soccer clubs in the Netherlands. After current season Van Loveren will say a (temporary) goodbye to ‘his club’ USV Hercules, for he will leave for the USA in the summer.

Connor will join the Colorado School of Mines men’s soccer team in August 2017. This is the team of head men’s soccer coach Frank Kohlenstein. The Mines Orediggers compete in the Rocky Mountain Athletic Conference. The past seasons Kohlensteins team always competed for the championship in the RMAC. Last season (2016) the Mines Orediggers fell just short of the title, but with the transfer of Van Loveren Kholenstein hopes to win the battle on the midfield more often next season. “With Connor’s vision and technique we are bringing in a strong midfielder, Connor’s job is to keep the midfield in balance next season”.

Connor will be playing in the USA with mostly players from the US itself. But there are also Europeans present on the roster of Kohlenstein, originating from Germany and Sweden. Connor will have a very experienced coach in Frank Kohlenstein, who will be starting his 20th season as head men’s soccer coach of The Mines in 2017.