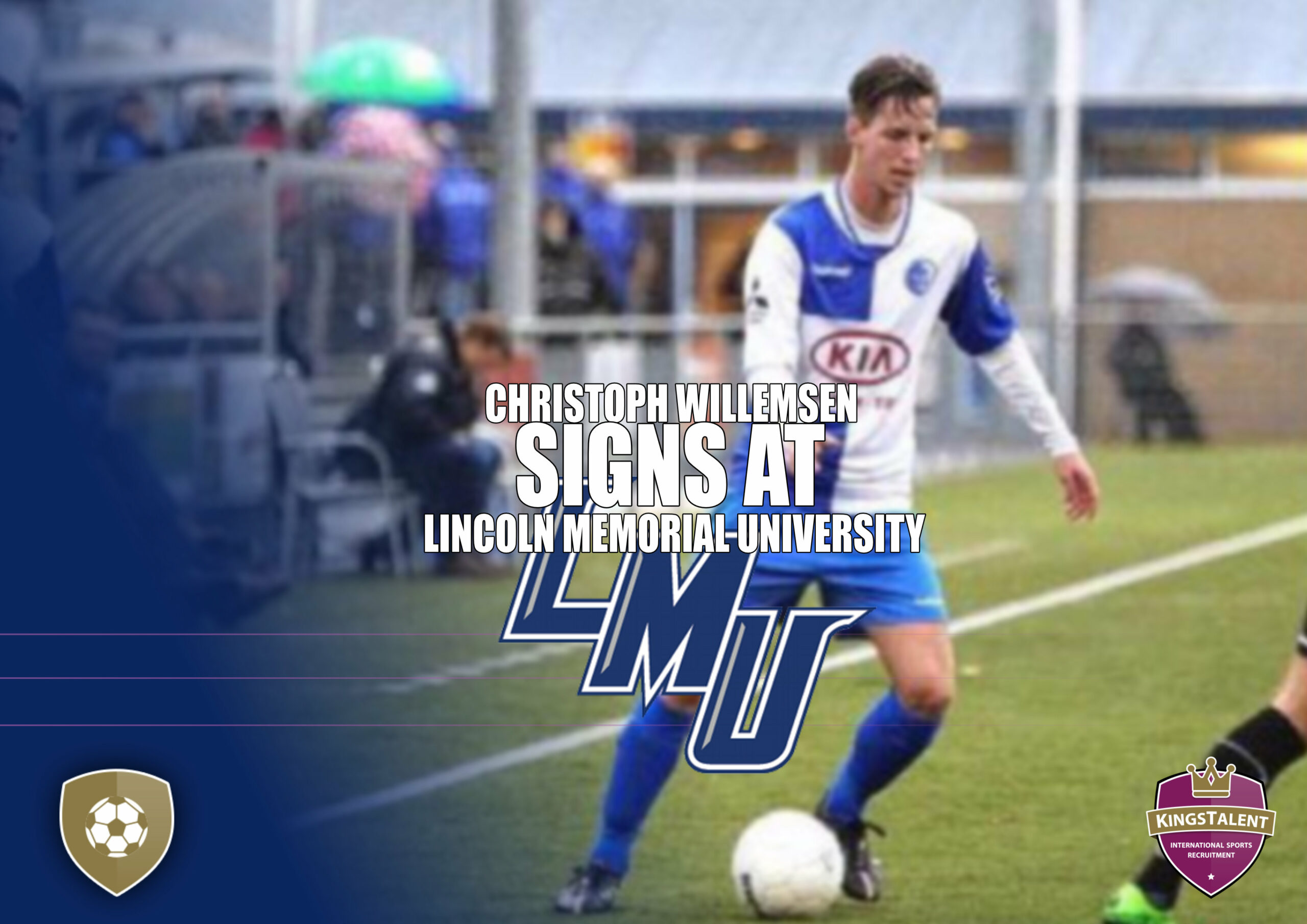 Christoph Willemsen is a lucky guy, his dream to play sports and study in the US is coming true in the summer of 2017! The 21-year old defender of 1e Klasse soccer club DTS Ede makes the transfer to Lincoln Memorial University, Harrogate, Tennessee.

Willemsen is a youth exponent of the DTS academy, the soccer club where he played his entire soccer career. Christoph started playing at a young age at DTS and became champions with his youth teams on several occasions. Currently Willemsen is a valuable asset in the DTS Ede first senior team defense. This will change in the 2017-2018 season when he leaves DTS for the adventure at Lincoln Memorial University.

Willemsen can be seen wearing the LMU Railsplitters colors from August 2017. The team competes in the South Atlantic Conference. Last season (2016) LMU played a role in the subtop of the competition. With the signing of Willemsen the Railsplitters want to take the next step and compete for the play-off tickets and championship in the 2017 season. Christoph, with his playing skills and vision in the game, will add experience and calmness to the squad of head coach Helio D’Anna.
D’Anna is an experienced head coach who has the executive responsibility for the Lincoln Memorial University men’s soccer team for fourteen years now. D’Anna: “When I first saw the video footage of Christoph I was immediately convinced that he is the missing link in my team. Christoph is a player who can build the game from the back, but is also impressive in physical challenges. He is a leader on the field who can take us to a higher level in the 2017 season. With him added to our team we might just take the extra step to be a real contender for the SAC championship title.”

Christoph’s future team mates at LMU come from all over the world. He will be playing alongside student-athletes from the USA, Argentina, Brasil, China, Germany, Egypt, England, Mexico and Sweden. An interesting team roster in which Willemsen is likely to play a leading role.