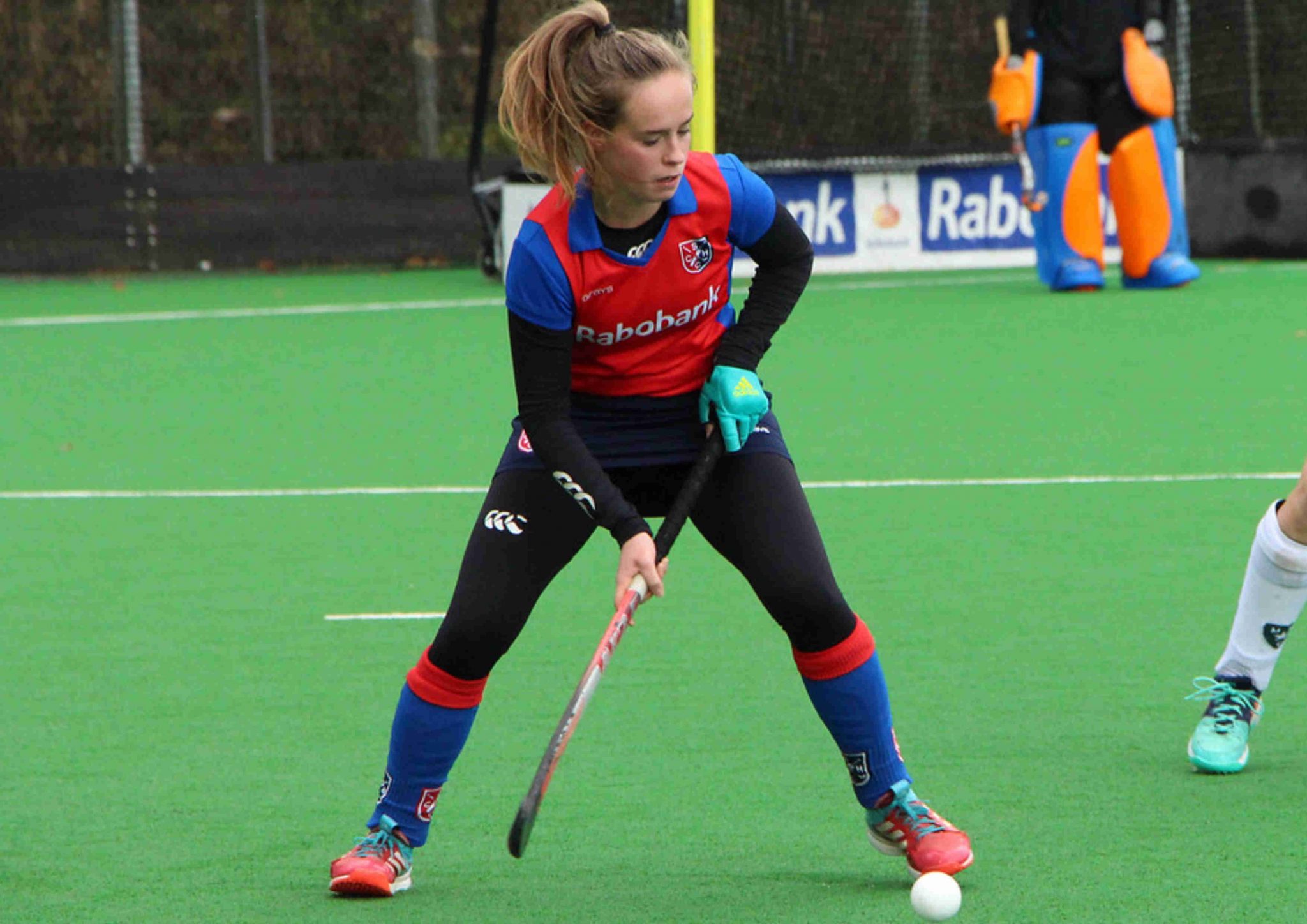 Charlotte Vaanhold leaves Holland in August 2018 for one of the most beautiful universities in the USA: Liberty University. This beautiful university, located in Virginia, possesses excellent and extensive educational programs next to exceptional athletic accommodations, among which two stadiums. This is the university where Charlotte takes up her undergraduate studies and where she becomes a member of the Liberty Flames field hockey team.

It doesn’t take long before Charlotte makes the transfer at early age to SCHC, one of the biggest and prestigious hockey clubs in The Netherlands. Here she plays at the highest level in every youth category and wins the 2014-2015 indoor and outdoor championship. The trademark of the 18-year old attacker is her excellent backhand shot with which she scores lots of goals.

And goals are something the Liberty University field hockey team can really use. In the 2017 season results varied greatly, there were 8 wins and 11 losses. The team didn’t find the net in 5 games and also lost 5 games with just one goal difference. With Charlotte, who is known for her ability to score goals, added to the team, the university gives a new impuls to its forward line. In this attacking line Charlotte will not be the only Dutch player. Moniek van Aarle also plays in the Liberty University forward line.
The two recently met during Charlottes official visit to Liberty University. Several weeks ago the hockey player was invited by the school to come take a look at the place she recently signed with.

KingsTalent wishes Charlotte a lot of success with her studies and her athletic career at Liberty University! Do you want to know more about playing field hockey and study in the USA? Contact us here!