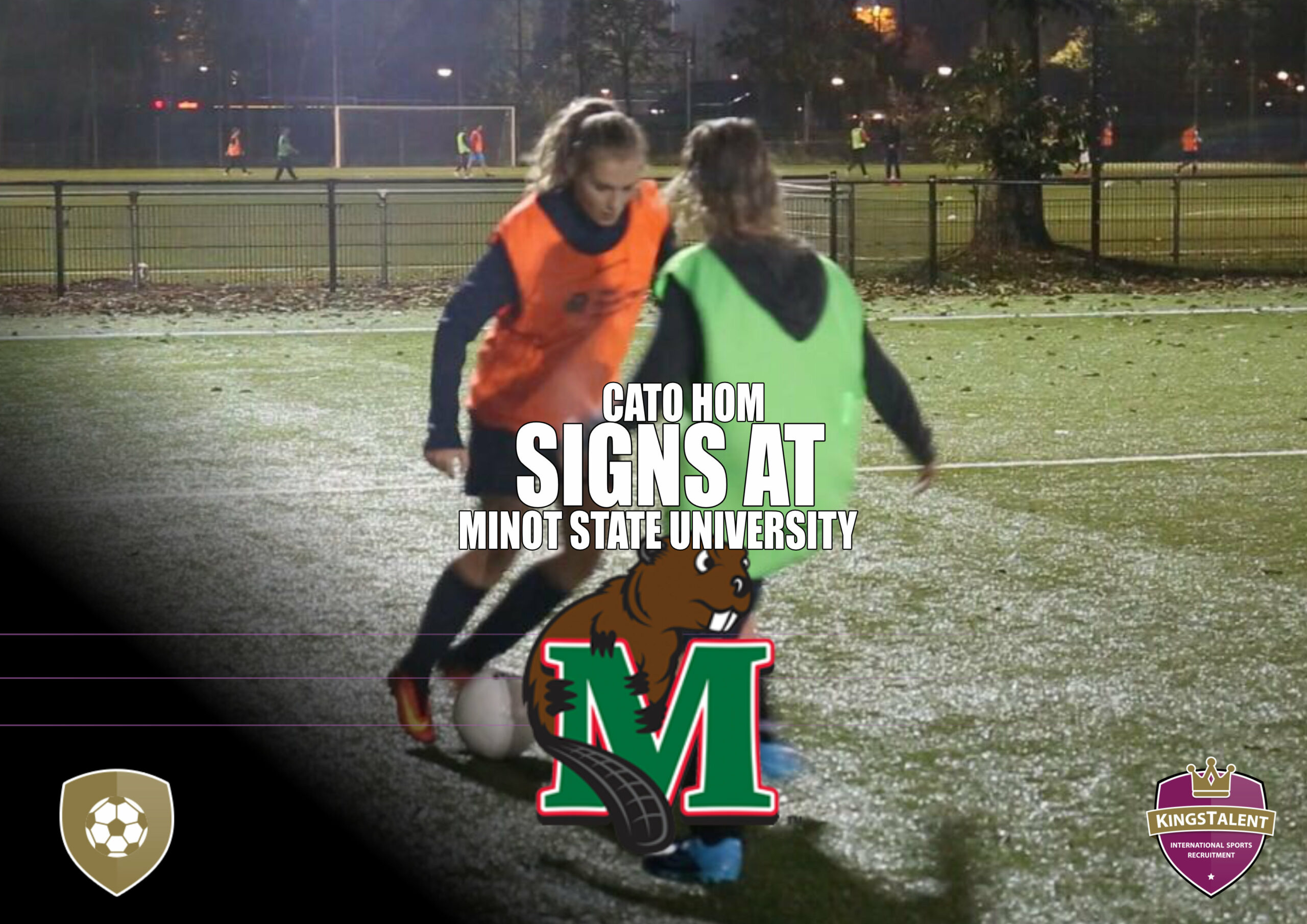 KingsTalent is delighted to announce that Cato Hom has signed a contract at Minot State University (MSU). Cato is the second female soccer player to make the transfer to the United States of America. She is therefore an important ambassador of Dutch women soccer success in the USA. Starting Fall 2017 the Utrecht native will combine her undergraduate studies with soccer in Minot, North Dakota.

The 18-year old attacker will trade the red-white colors of DVSU for the green gear of the MSU Beavers. The productive striker and captain of the DVSU U19 team has been playing soccer at DVSU for seven seasons, winning multiple championships and individual top scorer titles. Hom is an attacking player who is strong on the ball, has good individual moves and possesses an excellent powerfull shot.

MSU head coach Jason Spain recognized the potential of Cato Hom early: “she is a rare gem, a striker with a lot of qualities. Both her vision and the execution in her play is of high level.” MSU is a top school when we zoom in on the athletic results from the past years. The school has been one of the leading teams in the NCAA D2 women’s soccer rankings for years. Everyone is expecting the Beavers to be contenders for the Northern Sun Intercollegiate Conference title once again in the 2017 season.

In Minot Cato will be playing in a team with mostly players from the US. But she is not the only European player. The MSU Beavers women’s soccer team also fields players from England and Belgium. The coming (2017) season there are away games scheduled in Minnesota, Iowa and Nebraska.